The history of Oxford through maps

‘The increasing detail and vibrancy of maps show a parallel development – that of the city and of cartography itself – a must-have for anyone interested in either Oxford specifically, or maps in general’ – Geographical Magazine

Over the past four and a half centuries, the magnificent city of Oxford has been mapped for many reasons, few of which have involved the mere finding of one’s way through the streets. Maps were produced as part of schemes to defend Oxford from rampaging Roundheads, raging floodwaters, and the ravages of cholera; to plan the new canals and bridges of the eighteenth century and the new railways, tramways and suburbs of the nineteenth; to determine and display changes in the city’s political stature under the Reform Acts of 1832 and 1867; to aid police enforcement of the laws against homosexuality; and even to plan a Soviet ground assault on the heart of the British motor industry.

Given its status as a world centre of drama, poetry, literature, music, architecture, and scientific experimentation, and sometime royal capital, it is unsurprising that Oxford was the first British town to be included in map form in a tourist guidebook, as early as 1762, and one of just two inland towns mapped by French invasion planners in the Seven Years’ War. For the first time, this lavishly illustrated volume brings together sixty of the most remarkable maps and views of the area that have been made by friend and foe since 1575.

Daniel MacCannell lives in Bristol, where he runs the Historical Detective Agency Ltd. He has studied Scottish, English, Dutch and French buildings, landscapes and townscapes for more than twenty years, and was awarded a Ph.D. in History and Art History by the University of Aberdeen in 2010. His previous books include Edinburgh: Mapping the City and Understanding Scottish Buildings. 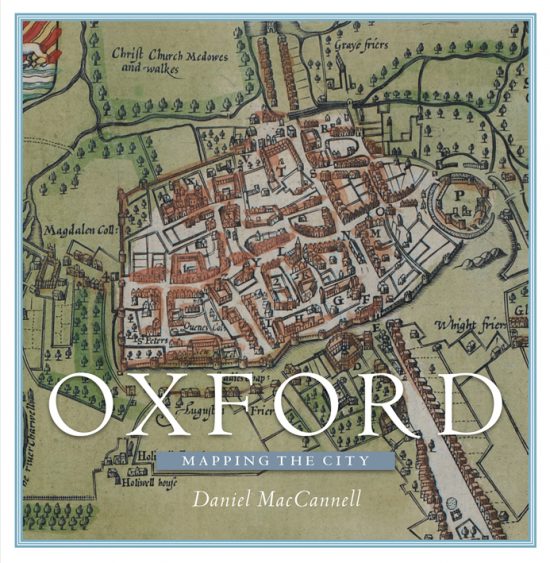