‘Herald[s] a new stage in our understanding of early medieval Scotland’ – Scottish Historical Review
‘One of the best books available on early historic Scotland’ –  Antiquaries Journal
‘A delight to read and to look at’ – The Countryman
‘A well-balanced account . . . presenting received wisdom tempered with new views and evidence’ – Early Medieval Europe
‘A remarkable book . . . lucid, stimulating and penetrating’ – Recent Writing on Scottish Archaeology
Early historic Scotland – from the fifth to the tenth century AD – was home to a variety of diverse peoples and cultures, all competing for land and supremacy. Yet by the eleventh century it had become a single, unified kingdom, known as Alba, under a stable and successful monarchy.
Drawing on historical, art historical and place-names sources but with its prime focus on understanding and appreciating the surviving archaeological evidence, this new and updated edition of Sally Foster’s acclaimed Picts, Gaels and Scots introduces and demystifies the peoples who lived north of the Antonine Wall, in what is now Scotland,. Lavishly illustrated, accessible but authoritative, this well-balanced synthesis draws on the very latest research to present our transformed understanding of the Picts and Gaels, and how they became the Scots. It provides a framework for understanding how control of land and other resources, military might and religious authority contributed to the accumulation of power and how this evolved through time. Written for the general reader — with advice on places to visit — it also details topical further reading.
Sally Foster is a lecturer in heritage and conservation at the University of Stirling. She studied medieval archaeology at University College, London and later completed a PhD at Glasgow. Employed for many years by Historic Scotland, latterly as head of the team responsible for the designation of archaeological sites and wrecks, she has since also held academic posts at Glasgow and Aberdeen universities. 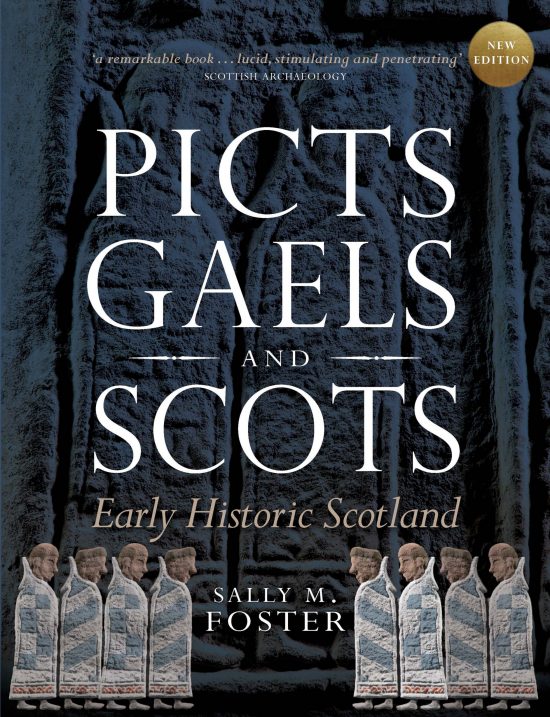