The Race to Kangaroo Cliff

The Race to Kangaroo Cliff

Ben and Fee MacTavish and the rest of the School Ship Tobermory crew head down under to take part in a tall ships race, but after a good start the Tobermory drops out to rescue a local boy, Will, stranded on the rocks. When the ship’s dog Henry disappears, Will helps Ben, Fee and their friends find him. But as the trail leads them deeper into the Outback, they begin to realise that a missing dog is the least of their problems.

Alexander McCall Smith is the author of more than 80 books, including the No. 1 Ladies’ Detective Agency series, and 44 Scotland Street. He is one of the world’s most prolific and popular authors, and his books have been translated into 46 languages.

Iain McIntosh’s illustrations have won numerous awards in the worlds of advertising, design and books. He has illustrated Alexander McCallSmith’s 44 Scotland Street series and also the series of children’s stories featuring Precious Ramotswe. 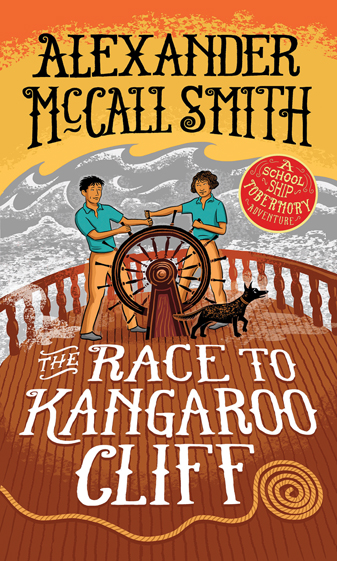