Rum: A Landscape Without Figures

by John A. Love

Rum: A Landscape Without Figures

An extensive historical guide to Rum – one of Scotland’s most well-known of the Hebridean Islands.

This is an account of Rum, one of the Hebrides and the people who contributed to its story. The site of some of the earliest settlements in Scotland, Rum’s history extends back to the Mesolithic period. It was also an isolated haven for the early Celtic Church in the figure of Beccan the Solitary, and later formed part of the territories of the Vikings and Clanranalds, and ultimately the Macleans of Coll. Its population were driven out to North America between 1826 and 1828 and the Bulloughs, a family of Lancashire industrialists, bought the island towards the end of the nineteenth century and left a bizarre legacy of Edwardiana in the form of Kinloch castle and its grand contents. This work paints a picture of the island as a rich cultural and natural heritage that eminently justifies its status as one of Scotland’s finest nature reserves.

John Love studied zoology at Aberdeen University and has written an impressive number of natural history books. He lived first visited Rum as a student in 1969 and lived there for nearly ten years managing the white-tailed sea eagle reintroduction project. 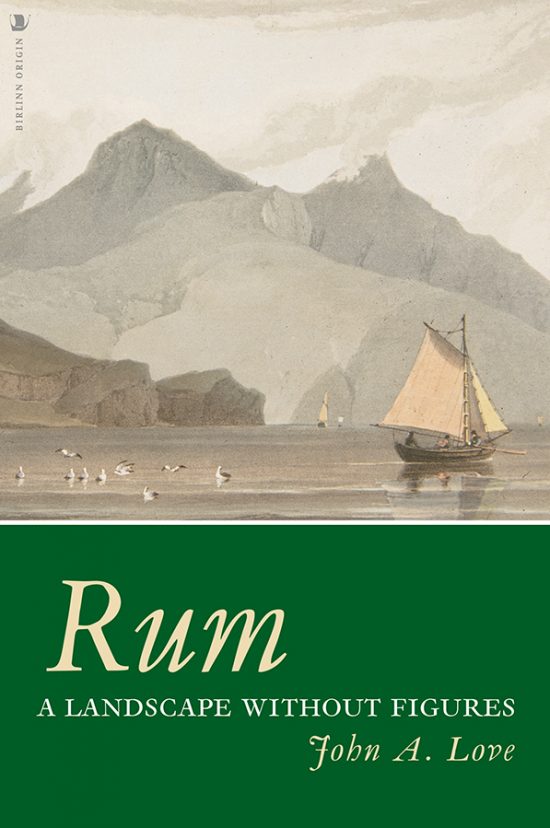