It is the world’s most iconic road race.

It is triumph over adversity on a colossal scale.

It is the London Marathon – and it’s an event unlike any other.

Running The Smoke tells the story of what it’s like to take part in this race in the most enlightening and enriching way possible: from the perspectives of twenty-six different people who have participated in it since its inception in 1981. Candid and inspiring if you are preparing for your first marathon or your 100th, Running The Smoke will give you the encouragement, insight and belief you need to cross that line.

Michael McEwan is a journalist from Glasgow. He is the Assistant Editor of PSP Media Group’s portfolio of sports titles, which include Bunkered, Scotland’s highest circulating golf magazine. He is a former winner of both the RBS Young Sportswriter of the Year and Evening Times Young Football Journalist of the Year awards. This is his first book. 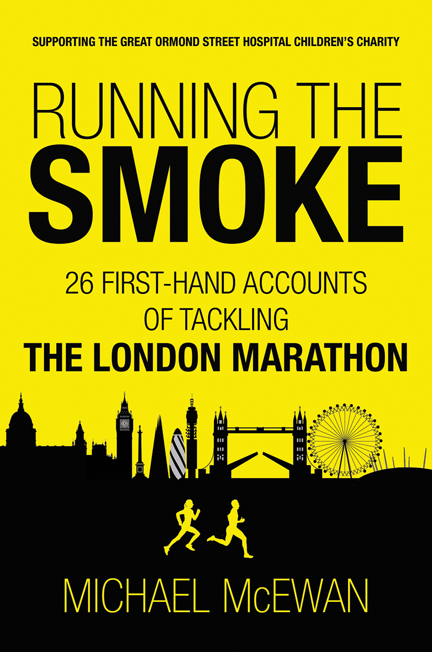