‘a miracle of concision, clarity and completeness’ – Michael Malancon

The Russian Civil War of 1917-1920, out of which the Soviet Union was born, was one of the most significant events of the twentieth century. The collapse of the Tsarist regime and the failure of the Kerensky Provisional Government nearly led to the complete disintegration of the Russian state. This book, however, is not simply the story of that collapse and the rebellion that accompanied it, but of the painful and costly reconstruction of Russian power under a Soviet regime.

Evan Mawdsley’s lucid account of this vast and complex subject explains in detail the power struggles and political manoeuvres of the war, providing a balanced analysis of why the Communists were victors.

This edition contains illustrations, new high quality maps and a new introduction by the author to mark the centenary.

Evan Mawdsley is Emeritus Professor of History at Glasgow University. He has written numerous books and articles on Russian history and is the co-author of The Soviet Elite from Lenin to Gorbachev. He lives in Glasgow. 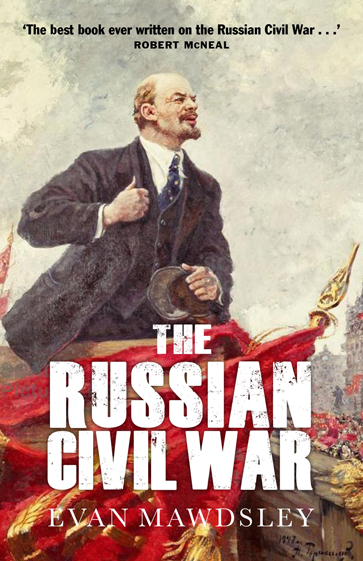