The Scots: A Genetic Journey

The Scots: A Genetic Journey

New edition of The Scots: A Genetic Journey

History has always mattered to Scots, and rarely more so than now at the outset of a new century, after more than ten years of a new parliament and the new census of 2011. An almost limitless archive of our history lies hidden inside our bodies and we carry the ancient story of Scotland around with us. The mushrooming of genetic studies, of DNA analysis, is rewriting our history in spectacular fashion.

In this new edition of The Scots: A Genetic Journey, Alistair Moffat explores the history that is printed on our genes, and in a remarkable new approach, uncovers the detail of where we are from, who we are and, in so doing, vividly paints a DNA map of Scotland. This edition takes into account recent developments in DNA science and includes recent findings on early farming and its migrations, Neanderthal DNA, the classic Celtic DNA Y chromosome haplogroup, the royal Stewart lineages, and physical characteristics.

Alistair Moffat is a former Director of the Edinburgh Festival Fringe and Director of Programmes at Scottish Television. He now runs the Borders and Lennoxlove book festivals and is currently Rector of St Andrews University. He has written numerous books, including Tuscany, The Faded Map, The Sea Kingdoms, The Borders and Scotland: A History From Earliest Times all of which are published by Birlinn. 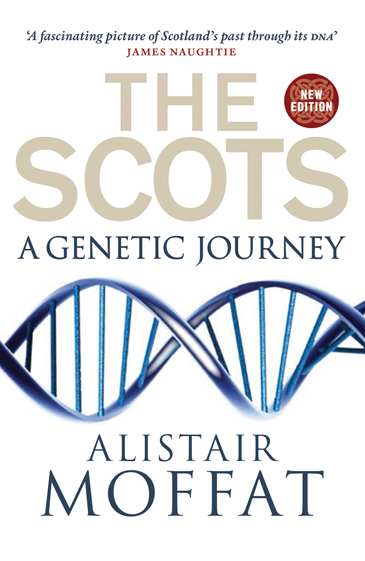