This highly readable and engaging book examines the achievement of one of Scotland’s most astonishing historical periods.

59 in stock (can be backordered)

The Scottish Enlightenment was one of the truly great intellectual and cultural movements of the world. Its achievements in science, philosophy, history, economics, and many other disciplines were immense; and its influence has hardly, if at all, been dimmed in the intervening two centuries.

This book, written for the general reader, considers the achievement of this most astonishing period of Scottish history. It attends not only to the ideas that made the Scottish Enlightenment such a wondrous moment but also to the people themselves who generated these ideas – men such as David Hume and Adam Smith who are still read for the sake of the light they shed on contemporary issues.

Alexander Brodie is a Professor of Logic and Rhetoric at Glasgow University – a chair once occupied by Adam Smith – and is a Fellow of the Royal Society of Edinburgh. He has published many books on Scottish thought. 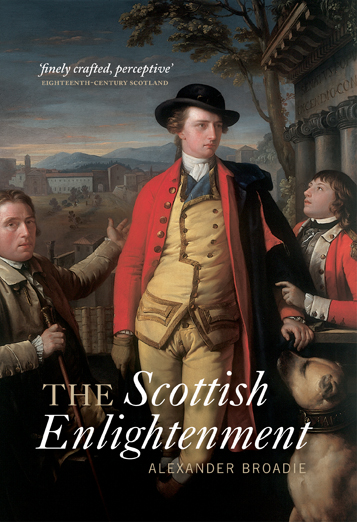