Set Adrift Upon the World

Set Adrift Upon the World

The story of the Sutherland Clearances

72 in stock (can be backordered)

WINNER OF THE SALTIRE SOCIETY HISTORY BOOK OF THE YEAR 2016

‘Hunter unravels and leads us through [the clearances] with the sharpest of eyes for telling details. His account is detailed and unsparing. His fellow-feeling for the cleared people is unmistakable…[he] is careful to present the evidence for all he records. No assertion is left unqualified’ – London Review of Books

‘The best Scottish book I’ve read, not just in 2016, but probably in recent years. Hunter weaves a narrative which crosses continents and centuries as, in his own recent journey, he follows in the footsteps of cleared Sutherland emigrants to Winnipeg and onwards to the frozen expanses of Hudson Bay in what is a very compelling narrative underpinned by the authority of meticulous research’ – Bottle Imp, Best Book of 2016

‘a moving, gripping, definitive account of a struggle for survival’ – Scots Magazine

‘Rarely have the clearances been written about so evocatively. Hunter’s method and his empathy with those involved speaks to us with elegant restraint in an account that sweeps from the Sutherland straths to the struggles of those forced to seek new lives in North America’ – Saltire Society

They would be better dead, they said, than set adrift upon the world. But set adrift they were – thousands of them, their communities destroyed, their homes demolished and burned. Such were the Sutherland Clearances, an extraordinary episode involving the deliberate depopulation of much of a Scottish county during the early part of the 19th century.

In this book James Hunter tells the story of the Sutherland Clearances. His research took him to archives in Scotland, England and Canada, to the now deserted straths of Sutherland, to the frozen shores of Hudson Bay. The result is a gripping, moving, definitive account of a people’s struggle for survival in the face of tragedy and disaster which includes experiences which have not featured in any previous account. 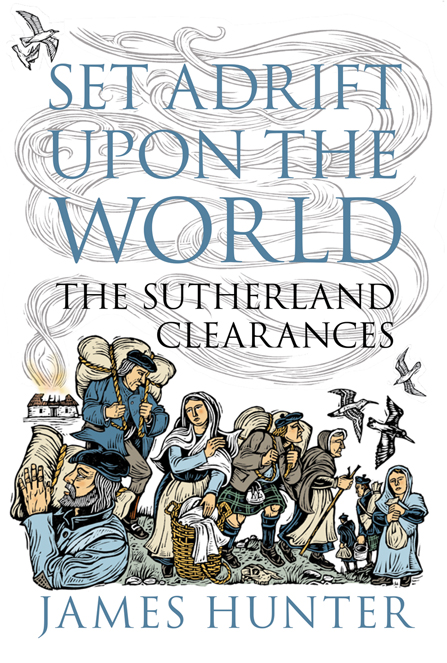