She Died a Lady

She Died a Lady

An ingenious mystery first published in 1943 by Penguin

Rita Wainwright’s love affair with Barry Sullivan is flamboyant enough to deserve a dramatic ending, so that when the pair of them vanish over a cliff one rainy night, leaving a farewell note for Rita’s husband, no one doubts for a moment that it is a case of suicide – except for Doctor Luke, one of the few people who genuinely liked her.

Sir Henry Merrivale – the fabulous ‘H.M.’ – is staying in the area, having his portrait painted as a Roman senator. Although confined to a bath-chair with an injured toe, this does not stop him getting about – occasionally in toga and laurels – and solving what is too much for the sharp-eyed doctor.

John Dickson Carr (writing as Carter Dickson) was born in 1906 in Uniontown, Pennsylvania, the son of a lawyer. While at school and college, he wrote ghost, detective and adventure stories. After studying law, he headed to Paris in 1928. Once there, he lost any desire to study law and soon turned to writing crime fiction full-time. His first novel, It Walks by Night, was published in 1930. Two years later, he moved to England with his English wife; thereafter he became a prolific author and became a master of the locked-room mystery. He also wrote a biography of Sir Arthur Conan Doyle, radio plays, dozens of short stories, and magazine reviews. He died in 1977 in South Carolina. 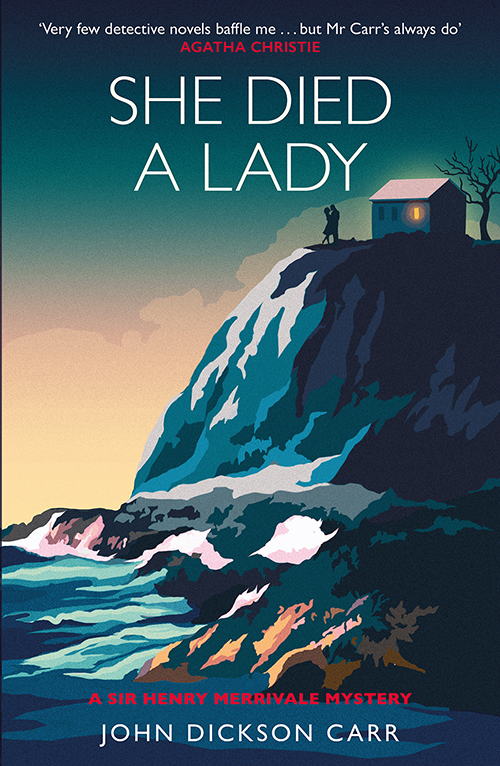