Scots were involved in every stage of the slave trade: from captaining slaving ships to auctioning captured Africans in the colonies and hunting down those who escaped from bondage. This book focuses on the Scottish Highlanders who engaged in or benefitted from these crimes against humanity in the Caribbean Islands and Guyana, some reluctantly but many with enthusiasm and without remorse. Their voices are clearly heard in the archives, while in the same sources their victims’ stories are silenced – reduced to numbers and listed as property.

David Alston gives voice not only to these Scots but to enslaved Africans and their descendants – to those who reclaimed their freedom, to free women of colour, to the Black Caribs of St Vincent, to house servants, and to children of mixed race who found themselves in the increasingly racist society of Britain in the mid-1800s.

As Scots recover and grapple with their past, this vital history lays bare the enormous wealth generated in the Highlands by slavery and emancipation compensation schemes. This legacy, entwined with so many of our contemporary institutions, must be reckoned with. 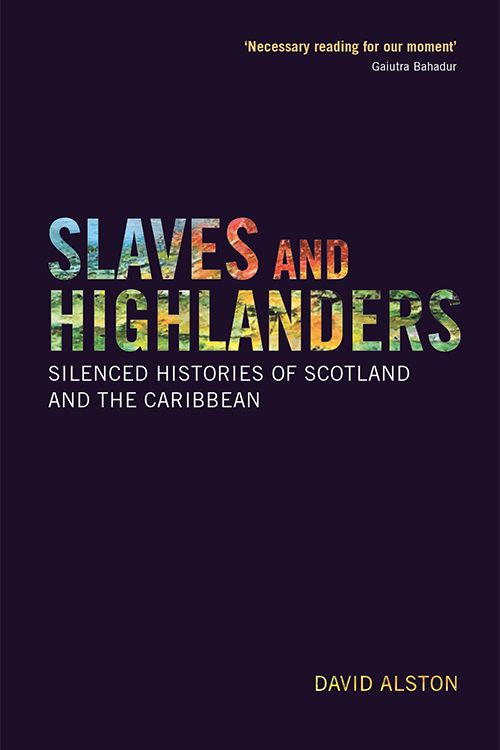