The Soap Man brings to light a little known civil war between crofter and laird, lower and upper class, on the isle of Lewis.

‘Hutchinson sets his canvas alight . . . he combines into one coherent narrative all the mighty forces that clashed and washed over the population of Lewis in the early 20th century’ – Sunday Herald

‘Readable as a novel, rich in insights . . . has resonance far beyond the lives of its subjects’ – The Herald

The Soap Man is the tale of a small civil war in the early 20th century in one of the remotest regions of Britain. In 1918, as the First World war was drawing to a close, the eminent liberal industrial Lord Leverhulme bought – lock, stock and barrel – the largest Hebridean island of Lewis. His intention was to revolutionise the lives and environments of its 30,000 people, and those of neighbouring Harris, which he shortly added to his estate.

For the next five years a state of conflict reigned in the Hebrides. Island seamen and servicemen returned from their vessels and their trenches to discover a new landlord whose declared aim was to uproot their identity as independent crofter/fishermen and turn them into tenured wage-slaves. This is the story of their fight – a battle which ultimately led to the defeat of one of the most powerful men of the time.

Roger Hutchinson is an award-winning author and journalist who has written for BBC Radio, The Scotsman, The Guardian, The Herald and The Literary Review. He joined the West Highland Free Press in 1977 and is still attached to it as editorialist and columnist. 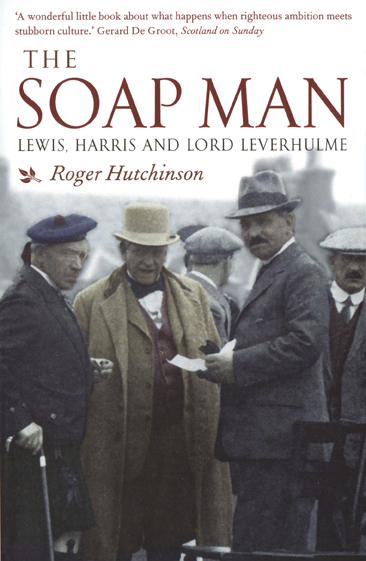