The Sound of My Voice

Winner of Prix Millepages and Prix Lucioles, both for Best Foreign Novel

The Sound of My Voice

‘Artistic, insightful, philosophical, psychological. Above all it is human and compassionate. At its core is a kindness and an attempt at understanding the worst of times with the belief that only then can we appreciate the best of times. Few writers have the ability, and indeed, the desire to examine and understand what it means to do more than simply exist as Ron Butlin does’ – Scots Whay Hae

‘this is a brilliantly conceived and executed novel which deserves as much attention as the best works of Butlin’s better-known contemporaries’ – Alastair Mabbot, Sunday Herald

‘Playful, haunting and moving, this is writing of the highest quality . . . One of the most inventive and daring novels ever to have come out of Scotland’ – Ian Rankin

‘One of the classic post-war Scottish novels. It’s simply a roaring success on all levels; it’s a genius piece of fiction’ – Irvine Welsh ‘A profound and beautifully written study of human fragility in the face of the brutalism of modern life’ – James Robertson

‘One of the best books I have ever read’ – Philipa Coughlin, Nudge Books

Morris Magellan is thirty-four years old and already two-thirds destroyed. By day he is an executive, after six and at weekends the husband of an understanding wife and the father of two. At all times he is a music lover and a drunk.

Of the past he remembers only fear, and of the future he senses even greater terror to come; he is a man struggling from moment to moment to salvage something of himself before that too slips from his grasp.

On one level The Sound of My Voice tells the story of an alcoholic: a frantic attempt by some inner voice to halt an apparent need for self-destruction. More generally it presents the conflict between modern man’s cowardice and cruelty, and a desperate attempt to recover humanity.

This is a playlist from The Sound of My Voice of all the music featured in the book:

Ron Butlin is a poet, playwright, novelist, short-story writer and opera librettist whose works have been broadcast in the UK and abroad and have been translated into many languages. His volumes of poetry include the award-winning Ragtime in Unfamiliar Bars and Histories of Desire. His novels include Night Visits, Belonging, Ghost Moon (nominated for the international Impac Award, 2016) and more recently Billionaires’ Banquet. He is the author of several children’s books, Here Come the Trolls!, Day of the Trolls! and Steve & FranDan Take on the World.

Goodreads reviews for The Sound of My Voice 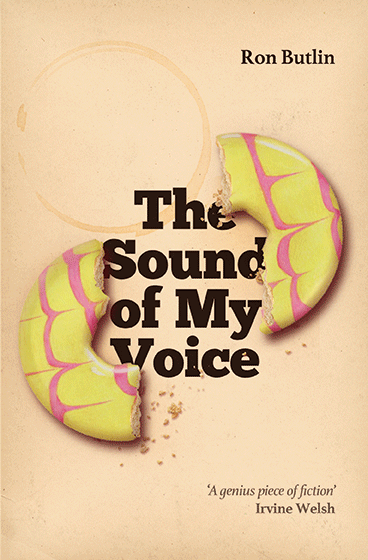