Possibly one of the greatest and most daring political stunts ever attempted is retold with spellbinding intensity in Stone of Destiny. With a foreword by Alex Salmond.

‘He writes with a passionate love of his country,’ – The Herald.

Ian Robertson Hamilton was an unknown law student at Glasgow University until Christmas Eve 1950. On that night, assisted by Alan Stewart, Gavin Vernon and Kay Matheson, he took the Stone of Destiny from beneath the Coronation Chair in Westminster Abbey and in doing so became a Scottish national hero. In England, however, the act had the opposite effect and a manhunt for the ’vulgar vandals’ was started to satisfy the outrage of the English establishment and bring them to justice. In the end the Stone was given up, but the gang were not charged. This solitary act set Hamilton on a path for the rest of his life from which he has not diverged. Although it is now nearly sixty years since that fateful night, it is the actual events surrounding the taking of the Stone which hold people spellbound when Hamilton recounts them.

In this book, Ian Hamilton has set down the chain of events which led to his decision to go to London, remove the Stone and a minute-by-minute account of the act and the aftermath. But this is not simply a retelling of a stunt that made nationwide news, it is a book about how a nation’s conscience was stirred by a symbolic act that changed lives of many.

Best known for his part in the repatriation of the Stone of Destiny, Ian R Hamilton was one of Scotland’s most prominent lawyers, famously refusing to swear allegiance to Queen Elizabeth II arguing that she could only be referred to as Queen Elizabeth in Scotland. Born in Paisley in 1925, the son of a tailor, he studied law at Glasgow University where he first became politically active. He was a member of Glasgow University Scottish Nationalist Association and the Scottish Covenant Association, going on to stand as a Scottish Nationalist Party candidate and serve as Rector of Aberdeen University. 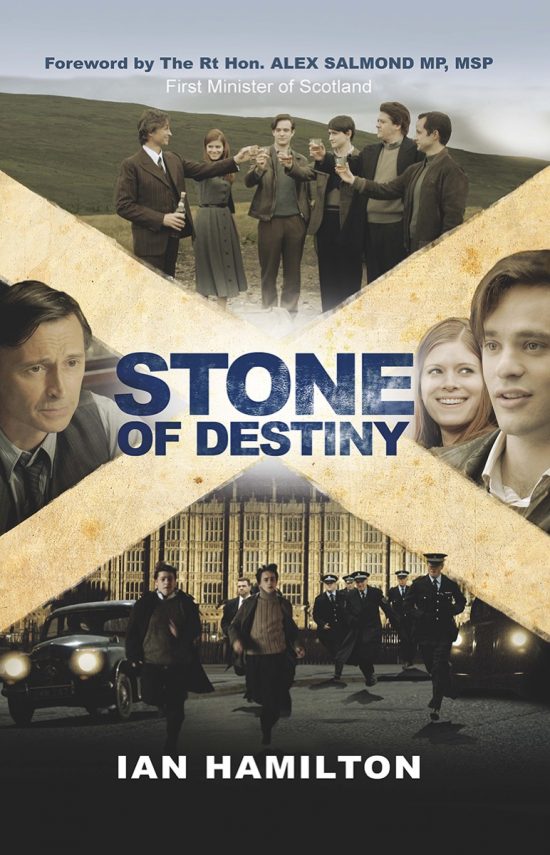