Tales from an Island

Tales from an Island

This omnibus edition of Christina Hall’s memoirs brings together her two books, To the Edge of the Sea and Twice around the Bay.

52 in stock (can be backordered)

‘Moving memoirs of a childhood … Written with sharp observation, the author does not hide how hard life often was’ – Scots Magazine

In this enchanting and moving memoir, Christina Hall writes with sharp observation about her childhood on the Hebridean island of South Uist in the 1940s and 50s. Humour and anguish reflect the spirit of a girl living through a time of dramatic change in her life, her family and the land that she loves. Beginning with her earliest memories, the book recounts her life up to the end of secondary school and is set in Uist, Benbecula, Barra and Fort William.

As a sequel to ‘To the Edge of the Sea’, ‘Twice Around the Bay’ follows Christina Hall’s story during her time at teacher training college in Glasgow and her return to the Hebrides, where she became the primary school teacher at South Glendale on her native island of South Uist. It is a story full of vibrancy, life and colourful Hebridean characters which recaptures with crystal clarity the joys and hardships of island life in the late 1950s and 1960s. It was during this period that the army arrived on Benbecula, and it was through them that Christina met a young English soldier. The book ends with their wedding, with faith in the future and the realisation that wherever that future might lead, the island of Christina’s birth would always be part of her.

After graduating, Christina Hall married British soldier Colin Hall and travelled and lived in the Far East and South Africa before settling down in the UK as a teacher for more than thirty years. She took early retirement to pursue her interest in writing, and moved to Glen Spean, Speyside. 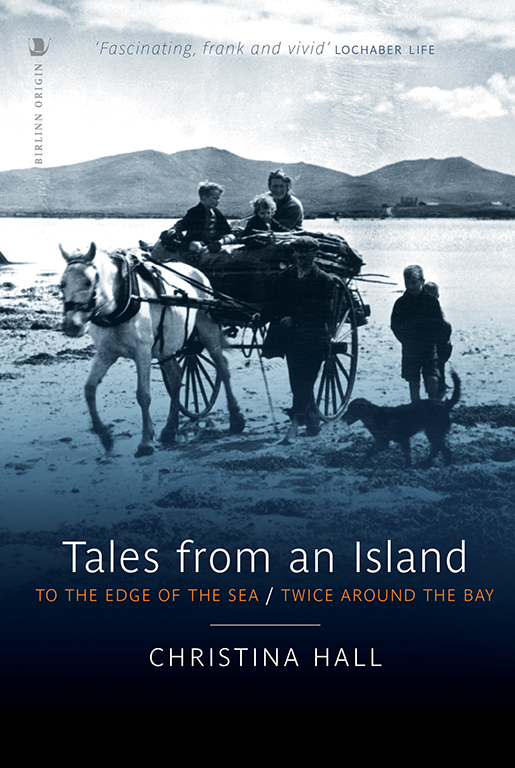