The Girl from the Channel Islands

The Girl from the Channel Islands

In June 1940, the Channel Islands becomes the only part of Great Britain to be occupied by Hitler’s forces. Hedy Bercu, a young Jewish girl from Vienna who fled to Jersey two years earlier to escape the Anschluss, finds herself once more entrapped by the Nazis, this time with no escape.

The Girl from the Channel Islands follows her struggle to survive the Occupation and avoid deportation to the camps. Despite her racial status, Hedy finds work with the German authorities and embarks on acts of resistance. Most remarkable of all, she falls in love with a German lieutenant – a relationship on which her life soon comes to depend.

“A riveting story of survival against all odds, told by a masterful storyteller who also happens to be a fresh new voice in the genre. I … recommend it highly, not just to fans of historical fiction, but to lovers of good books everywhere” Karen Robards

Born in Jersey, Channel Islands, Jenny Lecoat’s parents were raised under German Occupation, and both families were involved in resistance activity. Lecoat moved to England aged 18, where, following a drama degree, she spent a decade on the alternative comedy circuit as a feminist stand-up. She was nominated for a prestigious Perrier Award in 1986. She also wrote for newspapers and women’s magazines (Cosmopolitan, Observer) and presented TV and radio shows, before focusing on screen writing from sitcom (Birds of a Feather, Sometime Never) to sketch shows (The Catherine Tate Show.) A love of history and factual stories and a return to her island roots brought about her feature film Another Mother’s Son (2017), which starred Jenny Seagrove and John Hannah, and attracted major coverage. 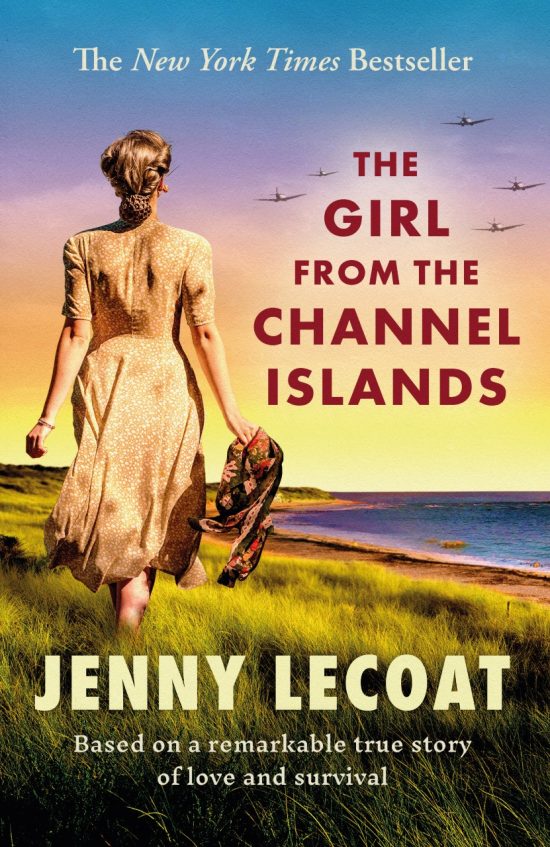