The Law of Succession

The Law of Succession

Sir Iain Moncreiffe of that Ilk’s masterful study traces the Scots law of succession from the earliest period of recorded Scottish history to the twentieth century. This is a study of Scotland and its people, through an investigation into the rights of heirs to lands, heraldic arms and dignities and their basis in the medieval origins of the Scottish kingdom. Readers with an interest in the legal history behind genealogy and heraldry will appreciate the attention given to the importance of surnames and clans in Scotland’s distinctive heritage.

The Scottish experience is placed within its wider European and global context, with direct relevance for modern law. Published for the first time since its completion in 1958, this long-recognised touchstone reference work for lawyers, heralds and historians conveys the author’s trademark flair and accessible style. The book has a foreword by Peter Drummond-Murray of Mastrick, Slains Pursuivant to the earl of Errol, and an editor’s introduction, written specially for this published edition, which frames the work’s relevance to current Scots law, heritage and history. 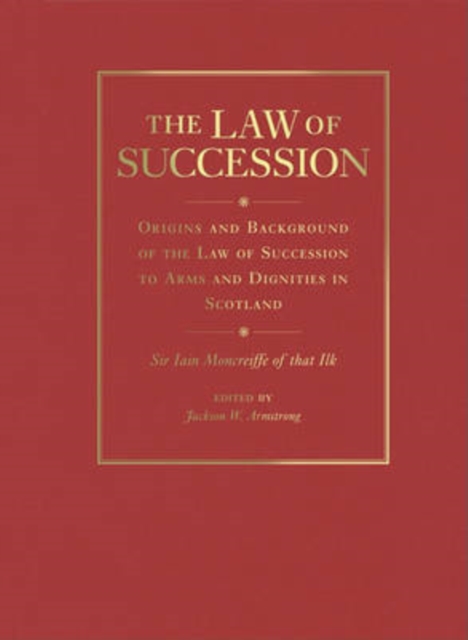