4 in stock (can be backordered)

An old pirate tells a tavern full of salty sea dogs about an island bursting with hidden treasure. Once they’ve set sail for the mysterious island, he tells them it is guarded by the terrible Pirate-Cruncher. Eventually their greed overcomes their fear and, when they arrive on the island a hilarious fold-down flap shows that the island itself is the Pirate-Cruncher, who promptly swallows the whole motley crew! Jonny Duddle worked as a concept artist on the Pirates of the Carribbean computer game,which inspired him to create The Pirate Cruncher for Templar. 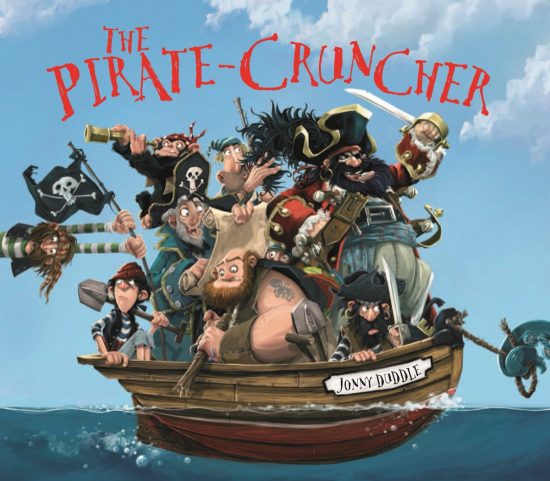