The battle of Bannockburn (1314) gave Scotland a great hero in Robert Bruce but deprived Scotland of three other worthy ‘patriot heroes’. This book tells the intriguing story of three members of the Comyn family who have been deprived of their rightful place in Scottish tradition because of Robert Bruce’s success. Bruce’s ruthless rise to power and his sacrilegious murder of Scotland’s chief political leader, John Comyn III Lord of Badenoch, in Greyfriars’ Church in Dumfries in 1306 had to be ‘spun’ to paint Bruce in a more favourable light in keeping with his status, and the victim (and his family) were mercilessly cast as traitors to Bruce and the Scottish ’cause’.

The book re-examines the murder and reconstructs the Scottish Independence movement before 1306. The conclusions are surprising – there was already a strong sense of national identity and political independence before the involvement of William Wallace or Robert Bruce – and Walter Comyn Earl of Menteith (d.1258), Alexander Comyn Earl of Buchan (d.1289) and John Comyn III Lord of Badenoch (d.1 306) were pre-eminent as pillars of an independent Scottish monarchy, defining and protecting Scotland’s integrity in times of political crisis. The Comyns fittingly led Scotland into the War of Independence in 1296. 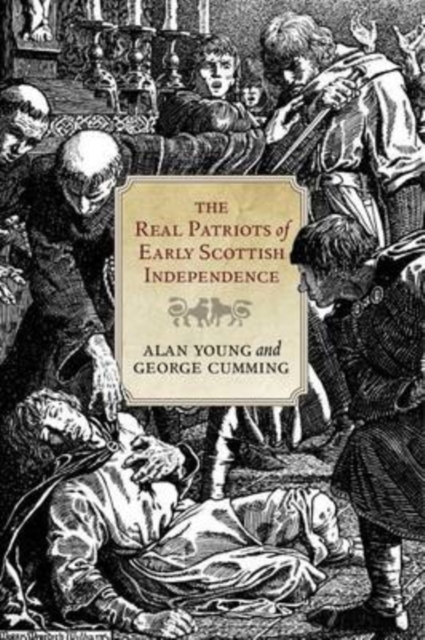