There's a Witch in the Word Machine

There's a Witch in the Word Machine

‘For Fagan, writing is a visceral activity, a reconnection with the physical rather than a flight away from it. These are earthy, elemental poems… [a] powerful collection’ – Herald

There’s a Witch in the Word Machine, is a collection that underpins Jenni Fagan’s entire approach to words. Her spell poems are portraits of people, lovers and cities: Paris, New York, Edinburgh, Detroit, LA, and San Francisco. The excerpts of her Truth poem are a political response to great uncertainty in the world right now.

This collection is an exploration of words as spells, incantations, curse and solace.

Jenni Fagan is an award-winning author, poet, screenwriter, essayist and a playwright, and was writer in residence at the University of Edinburgh. In 2013 Jenni was the only Scottish writer to be on Granta’s Best of Young British Novelists list. She is the author of The Panopticon (2012), The Sunlight Pilgrims (2015) and her first poetry collection The Dead Queen of Bohemia was published by Polygon in 2016. 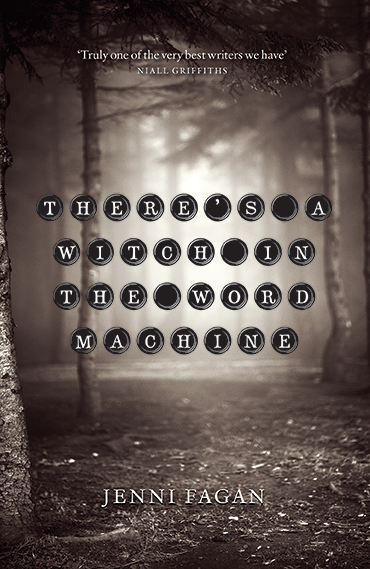