The 1989 Tour de France is arguably the greatest ever. It saw American rider Greg LeMond overturn a 50-second deficit to France’s Laurent Fignon on the final stage on the Champs Elysees to snatch the title by a mere eight seconds. After three weeks and more than 2,000 miles in the saddle, these few seconds remain the smallest margin of victory in the race’s 100+ year history.But as dramatic as that Sunday afternoon on the streets of Paris was, the race wasn’t just about that one time-trial. During the previous fortnight, the leader’s yellow jersey had swapped back and forth between LeMond and Fignon in a titanic struggle for supremacy, a battle with more twists and turns than the maziest Alpine mountain pass.

At no point during the entire three weeks were LeMond and Fignon separated by more than 53 seconds. In Three Weeks, Eight Seconds, Nige Tassell brings one of cycling’s most astonishing stories to life, examining that extraordinary race in all its multi-faceted glory with fresh interviews and new perspectives and laying bare that towering heights of adrenaline, agony, excitement, torment and triumph that it produced.

Nige Tassell has been a journalist for more than twenty years. He has written extensively about sport for a range of titles, including FourFourTwo, The Guardian, 220 Triathlon, The Word and BBC History. He was the editor and writer of World in Motion, chronicling the history of the England team at the World Cup, and is the author of The Bottom Corner: A Season with the Dreamers of Non-League Football published in 2016 by Yellow Jersey and Butch Wilkins and the Sundance Kid published by Arena Sport in 2018. 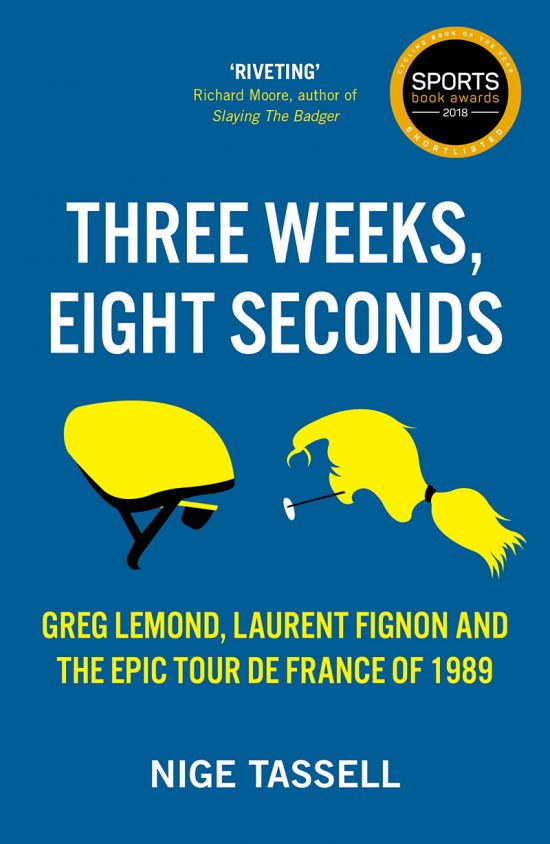