Time of Love and Tartan: A 44 Scotland Street Novel

Time of Love and Tartan: A 44 Scotland Street Novel

The twelfth novel in the 44 Scotland Street Series.

‘Hard to put down. AMS shows us where small happinesses can be found. Lovely’ – The Bookbag

‘If you have not yet read any of the works of this master storyteller you are missing a trick. Followers of the characters involved may well find one or two surprises within the pages of this delightful novel’ – Women Together

If only Pat Macgregor had an inkling of the embarrassment – romantic, professional, even aesthetic – that flowed from accepting narcissistic ex-boyfriend Bruce Anderson’s invitation for coffee, she would never have said yes. And if only Matthew, her boss at the art gallery, hadn’t wandered into his local bookshop and picked up a particular book at a particular time, he would never have knocked over his former English teacher or attracted the attentions of the police.

Whether caused by small things such as a cup of coffee and a book, or major events such as Stuart’s application for promotion and his wife Irene’s decision to go off and study for a PhD in Aberdeen, change is coming to serial fiction’s favourite street. But for three seven-year-old boys – Bertie Pollock, Ranald Braveheart Macpherson, and Big Lou’s foster son Finlay – it also means a getting a glimpse of perfect happiness.

Alexander McCall Smith’s delightfully witty, wise and sometimes surreal comedy spirals out to include tennis-playing Rwandan Forest People, researches into levitating Celtic saints, bogus headhunters in Papua New Guinea and primary school performances of Beckett. But its heart remains where it has always been – true to life, love and laughter in Edinburgh’s New Town.

Alexander McCall Smith is one of the world’s most prolific and most popular authors. After the publication of his highly successful No. 1 Ladies’ Detective Agency series, which has sold over twenty-five million copies, he devoted his time to the writing of fiction and has seen his various series of books translated into over forty-six languages and become bestsellers throughout the world. These include the 44 Scotland Street novels, first published as a serial novel in the Scotsman, the Isabel Dalhousie novels, the Von Igelfeld series and the Corduroy Mansions novels. 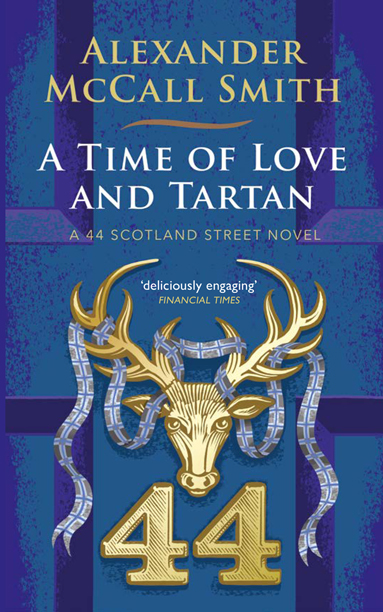