The Unmaking of Ellie Rook

The Unmaking of Ellie Rook

A psychological thriller where past and present violently collide.

80 in stock (can be backordered)

‘Twists, turns and well-written pace. Ireland is good at weaving Celtic mythology into a novel which otherwise deals with very modern themes’ – Scotsman

‘Ireland is fast becoming an exciting new voice in the psychological thriller genre. Her latest offering is darkly gothic and plunges us into the world of Ellie Rook’ – Sunday Post

‘Driven by a determined and appealing heroine who battles her own emotions alongside the burdens of family responsibility. Parallels drawn throughout to the local legend of the warrior queen Fenella ensures that an already thrilling story becomes truly memorable’ – West Coast Review

A single phone call from halfway across the world is all it takes to bring her home . . . ‘Ellie, something bad has happened.’

Desperate to escape her ‘kid from the scrapyard’ reputation, Ellie Rook has forged a new life for herself abroad, but tragedy strikes when her mother, Imelda, falls from a notorious waterfall. Here, according to local legend, the warrior queen Finella jumped to her death after killing a king. In the wake of her mother’s disappearance, Ellie is forced to confront some disturbing truths about the family she left behind and the woman she has become.

Can a long-dead queen hold the key to Ellie’s survival? And how far will she go to right a wrong?

Featured on the Guardian’s ‘NOT THE BOOKER LONGLIST, 2019’

Sandra Ireland was born in Yorkshire, lived for many years in Limerick, and is now based in Carnoustie. She began her writing career as a correspondent on a local newspaper but quickly realised that fiction is much more intriguing than fact. In 2013 Sandra was awarded a Carnegie-Cameron scholarship to study for an MLitt in Writing Practice and Study at the University of Dundee, graduating with a distinction in 2014. Her work has appeared in various publications and women’s magazines. She is the author of Beneath the Skin (2016) and Bone Deep (2018).

Goodreads reviews for The Unmaking of Ellie Rook 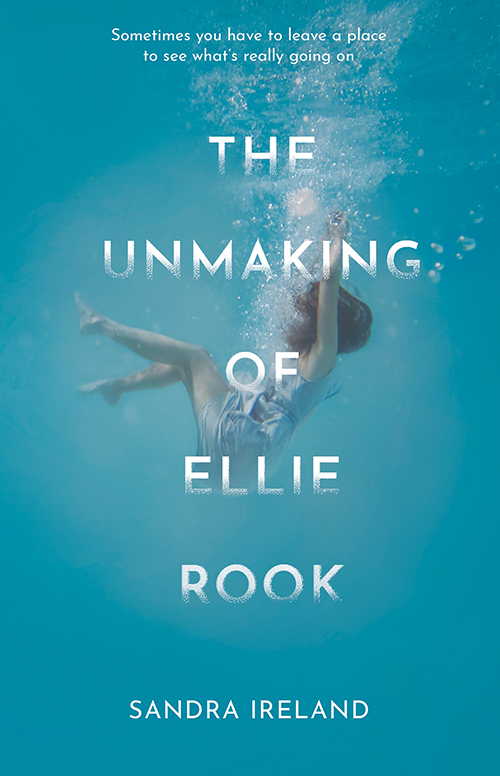