A Journey of Loss and Renewal

A unique combination of mountain adventure, individuals coping with loss and mental illness and a first-hand account of the environmental threats faced by the Highlands

‘A spellbinding book … Nothing is romanticised here: this is raw, powerful writing that comes from a place of both great emotional intensity and intellectual depth’ – Alex Roddie, The Great Outdoors

Walking Through Shadows describes a winter walk in memory of the author’s friend, Clive Dennier, a popular Inverness journalist, who died in Knoydart in March 2013 but whose body was found only some weeks later. The journey begins at Whiten Head on the north Sutherland coast and ends at Kinloch Hourn in Knoydart, the place where Clive was eventually found. Mike Cawthorne undertook the walk with his friend, Nick (also a friend of Clive’s), from mid-January to late February 2015. Their walk traversed the wildest and most remote areas of Britain, often in atrocious winter conditions. The walkers were entirely reliant on food parcels buried beforehand.

As well as describing some the last wild places in Scotland in the heart of winter the narrative explores themes of grief, chance, mental illness and ecological damage. The author’s companion is struggling throughout with the effects of severe mental illness but sees in the walk the hope of some relief from this suffering. The walkers are asking a question: whether the hills can heal at a human level and whether the hills can themselves be healed. In the shadow of the Anthropocene Mike Cawthorne evokes the darkness of winter, of two individuals seeking answers, alone in a freezing wilderness that is both beautiful and moribund. In the context of an extreme mountaineering adventure, he is grappling with issues of vital importance to us all.

Mike Cawthorne began hill-walking on Ben Nevis aged seven, and has been climbing mountains ever since. He has worked as a teacher, professional photographer and freelance journalist. He has an intimate knowledge of the Scottish Highlands, undertaking his first long-distance trek there in 1982. As well as Hell of a Journey he has written two other books: Wilderness Dreams: The Call of Scotland’s Last Wild Places (2007) and Wild Voices: Journeys through Time in the Scottish Highlands (2014). He lives in Inverness. 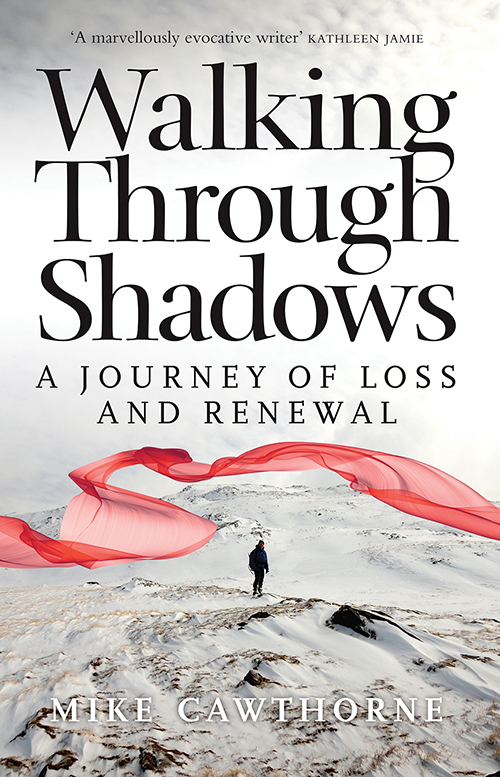