What Happened to Serie A

The Rise, Fall and Signs of Revival

What Happened to Serie A

In the 1980s and 1990s, Serie A was known as ‘Il campionato più bello del mondo’ – the most beautiful championship in the world – and had the highest match attendances in Europe. The stadiums were not only full of people, but full of colour, flags, songs and rituals. Italy hosted World Cup 1990 and the stadia and stars on show in Serie A became iconic. Across a ten year period from 1989 to 1999 a remarkable 10 different Serie A clubs occupied nearly half the places in the finals of the Champions League and Europa Cup. They were dominant.

But then in the 2000s they began to fall behind and despite the Azzurri winning the World Cup in 2006 and Inter Milan winning the Champions League in 2010, Italian football was on a downwards trajectory that saw the national team fail to qualify for the 2018 World Cup, their first absence from the tournament since 1958. What happened and why? In this extraordinary book, Steven G. Mandis investigates.

Given unprecedented behind-the-scenes access to Italian clubs and key decision makers and players, Mandis is the first outside researcher to rigorously analyse both the on-the-pitch and business aspects of a club and league. What he learns is completely unexpected and challenges popular explanations and conventional wisdom.

Steven G. Mandis is an adjunct associate professor in finance and economics at Columbia Business School, having previously worked at Goldman Sachs and Citigroup and as a senior advisor to McKinsey & Co. He also teaches at Columbia University’s Masters of Sports Management Program. He is the author of What Happened to Goldman Sachs: An Insider’s Story of Organizational Drift and its Unintended Consequences and The Real Madrid Way: How Values Created the Most Successful Sports Team on the Planet (2016). 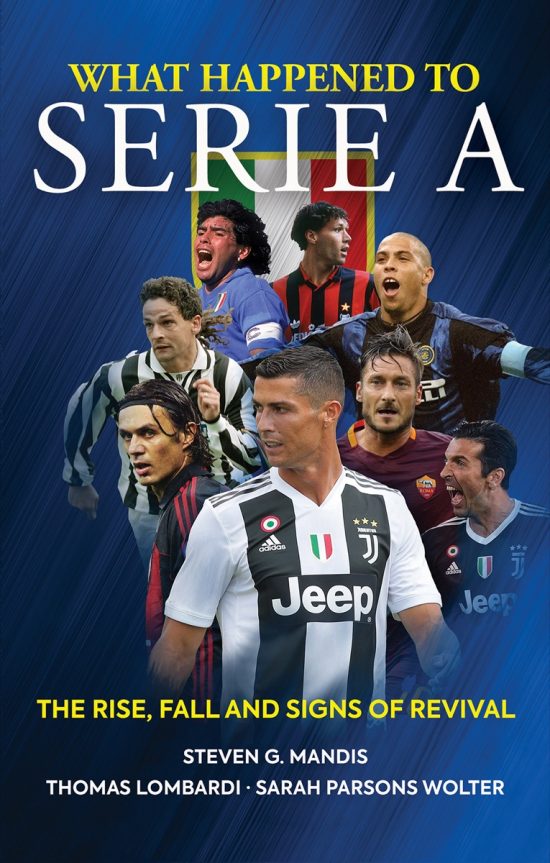