Book one in the Rising Dragon Series.

‘A stunning mystery in which a twisted murder investigation pulls back the curtain on a country whose culture and history have been shaped as much by Western capitalism as its own communism. Whispering Shadows is a thoughtful, moving, and profoundly revelatory read’ – Attica Locke, author of Black Water Rising, a finalist for the Orange Prize and Los Angeles Times Book Awards

‘If you loved The Art of Hearing Heartbeats and/or A Well-Tempered Heart – you will not be disappointed by this one. And if you didn’t, this might tempt you to look again at someone who is fast becoming one of my favourite modern authors’; ‘*****’ – Bookbag

Paul Leibovitz was once an ambitious advisor, dedicated father, and loving husband. But after living for nearly thirty years in Hong Kong, personal tragedy strikes and Paul’s marriage unravels in the fallout.

When he makes a fleeting connection with Elizabeth, a distressed American woman on the verge of collapse, his life is thrown into turmoil. Less than twenty-four hours later, Elizabeth’s son is found dead in Shenzhen, and Paul, invigorated by a newfound purpose, sets out to investigate the murder on his own.

As Paul, Elizabeth, and a detective friend descend deeper into the Shenzhen underworld they discover dark secrets hidden beneath China’s booming new wealth. In a country where rich businessmen with expensive degrees can corrupt the judicial system, the potential for evil abounds.

Jan-Philipp Sendker lives in Berlin with his family. He was the American correspondent for Stern from 1990 to 1995, and its Asian correspondent from 1995 to 1999. The Art of Hearing Heartbeats, his first novel, was an international bestseller, and he’s the author of A Well- Tempered Heart, Whispering Shadows and its sequel Dragon Games. He is currently at work on the third novel set in Hong Kong. 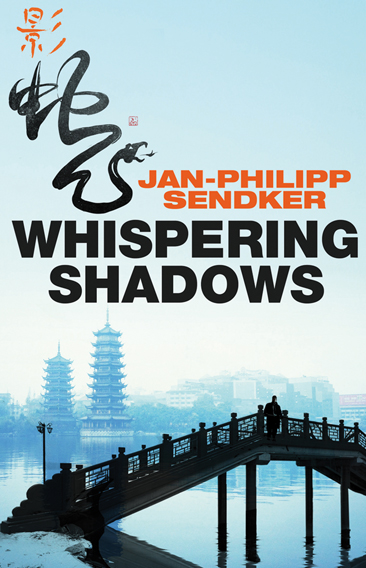