A Whole Scene Going On

My Story of Private Eye, the Pop Revolution and Swinging Sixties London

A Whole Scene Going On

This is an insider’s look at that most swinging and revolutionary of decades which covers Barry’s friendships with Peter Cook, Paul McCartney, Marianne Faithfull and Ray Davies and his encounters with Jimmy Page, Eric Clapton, Dusty Springfield and many, many more

A Whole Scene Going On covers Barry Fantoni’s working – and sometimes not working – life from his first sell-out oneman show in 1963 to the point in the late Sixties when the swinging decade merged into the political unrest of the Seventies.

The memoir begins with his early days at Private Eye and his first meeting with Peter Cook, and then covers his work as an illustrator and painter and his television career. From teaching the Sex Pistols how to draw at Croydon Art School and writing a song for Marianne Faithfull to finding a harmonium for Paul McCartney and his lifelong friendship with Ray Davies of the Kinks, Barry’s account of the Sixties is a wry and observational gem. The players and the parts they played have been chosen for their genuine contribution to a decade that seems more popular now than it was at the time.

Barry Fantoni was born in London’s East End in 1940 to an Italian father and a Jewish mother of French and Dutch extraction, both gifted musicians. He attended the prestigious Slade School of Fine Art and was a figure in the 1960s pop art movement, along with contemporaries such as Sir Peter Blake and David Hockney. Alongside his Private Eye work, he was the diary cartoonist for the Times between 1983 and 1991. He lives in Turin. 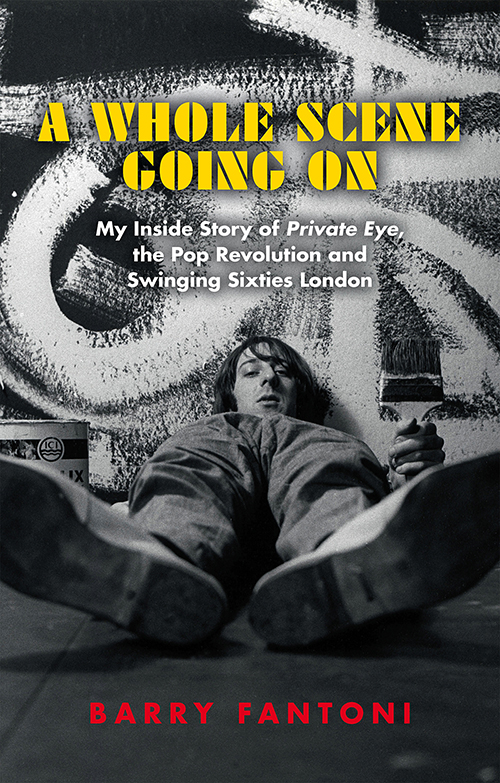