William McGonagall’s poetry is Scotland’s alternative to Robert Burns, and as every bit engaging in this comprehensive collection.

‘Then away to the West – to the beautiful West!
To the fair city of Glasgow that I like the best,
Where the river Clyde rolls on to the sea,
And the lark and the blackbird whistle with glee.’
(from ‘Glasgow’)

The execrable rhymes, the terrible scansion, the ludicrous subject matter – despite everything, William McGonagall remains one of Scotland’s favourite poets. Born in Edinburgh in 1830, McGonagall spent many years as a weaver until he discovered his true vocation in 1877. Since then, thousands of people the world over have enjoyed the verse of Scotland’s alternative national poet.

This edition brings together McGonagall’s three famous collections – Poetic Gems, More Poetic Gems and Last Poetic Gems and contains all the valuable autobiographical material which appeared in the original volumes.

It also includes an introduction by Chris Hunt, the webmaster of the McGonagall website www.mcgonagall-online.org.uk, indexes of poem titles and first lines, and features the first publication of McGonagall’s only play, Jack o’ the Cudgel, written in 1886 but not performed publicly until 2002. 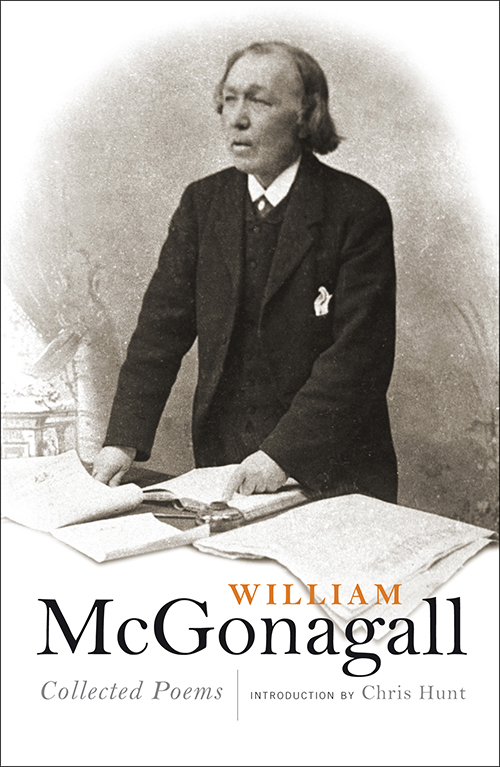