'If you thought Denzil Meyrick’s previous book, The Last Witness was thrilling, this one is truly mesmerising… completely captivating… DCI Daley is shaping up to be the West Coast’s answer to Edinburgh’s Rebus' – Scottish Home & Country

When a senior Edinburgh civil servant spectacularly takes his own life in Kinloch harbour, DCI Jim Daley comes face to face with the murky world of politics. To add to his woes, two local drug dealers lie dead, ritually assassinated. It’s clear that dark forces are at work in the town. With his boss under investigation, his marriage hanging on by a thread, and his sidekick DS Scott wrestling with his own demons, Daley’s world is in meltdown. When strange lights appear in the sky over Kinloch, it becomes clear that the townsfolk are not the only people at risk. The fate of nations is at stake. Jim Daley must face his worst fears as tragedy strikes. This is not just about a successful investigation, it’s about survival.

Denzil Meyrick was educated in Argyll, then after studying politics, joined Strathclyde Police, serving in Glasgow. After being injured and developing back problems, he entered the business world, and has operated in many diverse roles, including director of a large engineering company and distillery manager, as well as owning a number of his own companies, such as a public bar and sales and marketing company. Denzil has also worked as a freelance journalist in both print and on radio. 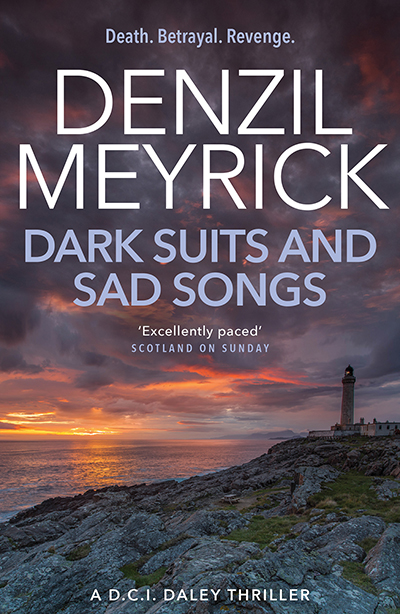