'This is a well crafted and engrossing story. Meyrick is well in to his rhythm and we look forward to future adventures' – Journal of the Law Society of Scotland

'a first class, fast-moving thriller, brilliantly atmospheric, all in a setting in which the cold of the winter is not the only chill!' – crimereview.co.uk

It’s December, and the Shannon family are returning home to their clifftop mansion near Kinloch for their annual AGM. Shannon International is one of the world’s biggest private companies, with tendrils reaching around the globe in computing, banking and mineral resourcing, and it has brought untold wealth and privilege to the family. However, a century ago Archibald Shannon stole the land upon which he built their home – and his descendants have been cursed ever since.

When heavy snow cuts off Kintyre, DCI Jim Daley and DS Brian Scott are assigned to protect their illustrious visitors. As an ancient society emerges from the blizzards, and its creation, the Rat Stone, reveals grisly secrets, ghosts of the past come to haunt the Shannons. As the curse decrees, death is coming – but for whom and from what?

After studying politics, Denzil Meyrick worked as a police officer, distillery manager, freelance journalist, and company director. He is originally from Campbeltown in Argyll, but now lives with his wife Fiona on Loch Lomondside. 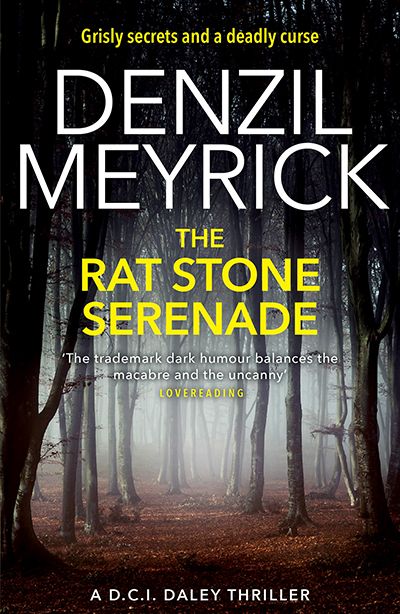