Well of the Winds

Well of the Winds

‘Past meets present in Well of the Winds. Two investigations involving thoughtful intuitive coppers are presented in parallel as the tale unfolds across the decades … Fictional Kinloch creates a different atmosphere to conventional “tartan noir” thrillers. This is a crime setting far from smoky pubs and the bookies’ shops of the average city. Little fishing boats are more important in this tale than black marias’ –The Times

'I found raised eyebrows, wry smiles, and chuckles followed Meyrick's trademark humour which attaches itself brilliantly to Scott … if you've not yet met Daley and Scott, do sink into the pages and introduce yourself' – Liz Robinson, LoveReading

As the Second World War nears its end, a man is stabbed to death on the shoreline of Kinloch, in the shadow of the great warships in the harbour.

Many years later, the postman on Gairsay, a tiny island off the coast of Kintyre, discovers that the Bremner family are missing from their farm. There’s a pot on the stove and food on the table, but of the Bremners there is no sign.

When DCI Daley comes into possession of a journal written by his wartime predecessor in Kinloch, Inspector William Urquhart, he soon realises that the Isle of Gairsay has many secrets. Assisted by his indomitable deputy, DS Brian Scott, and new boss, Chief Superintendent Carrie Symington, Daley must solve a wartime murder to uncover the shocking events of the past and the present.

After studying politics, Denzil Meyrick worked as a police officer, distillery manager, freelance journalist, and company director. He is originally from Campbeltown in Argyll, but now lives with his wife Fiona on Loch Lomondside.

Read an extract from Well of the Winds:

Goodreads reviews for Well of the Winds 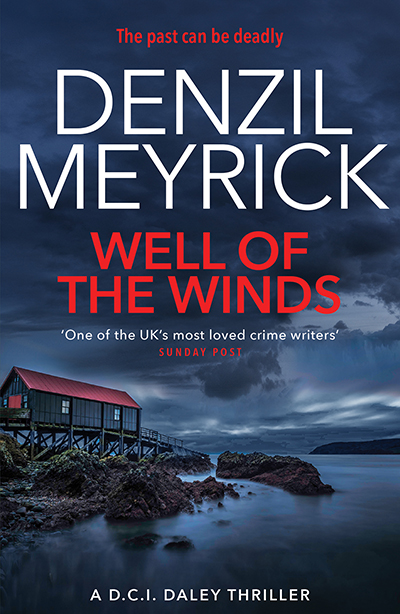