Caran An-t-saoghail (The Wiles of the World)

An Anthology of Nineteenth-century Gaelic Verse

Caran An-t-saoghail (The Wiles of the World)

55 in stock (can be backordered)

The Highlands and Islands of Scotland experienced massive changes during the nineteenth century.  Economic restructuring, introducing sheep and deer and encouraging clearance and eviction, is the best known change, but it was by no means the only one.  Transport and communication improved massively, and the region was exposed to an ever-widening range of external influences. Many Highlanders reached out to the wider world, as soldiers, sailors and emigrants.  Others remained steadfastly on their crofts, and maintained vigorous Gaelic communities, while those who left their homeland also created Gaelic communities in the Scottish Lowlands or overseas. In different contexts, at home and abroad, they reflected on the vicissitudes of their lives, and no small number expressed themselves eloquently in song and verse. This is the first general anthology of nineteenth-century Gaelic verse to be published since 1879.  It covers all the main types of poetry produced in Gaelic during the nineteenth century.

Thirteen themes are represented – among them homeland, clearance, emigration, transport, life in Lowland cities, love, war and protest.  The anthology thus offers a fresh look at the poetic creativity of the nineteenth century, and the way in which song and verse were refashioned to meet the challenges of the time.  As the poets respond to ‘the wiles of the world’, their output covers the full sweep of human emotions, from sadness to rollicking humour, from nostalgia to robust protest and great hope for the future.  The poems are reproduced with English translations. These will allow the non-Gaelic reader to sample their stylistic sparkle, which has been seriously neglected until now. 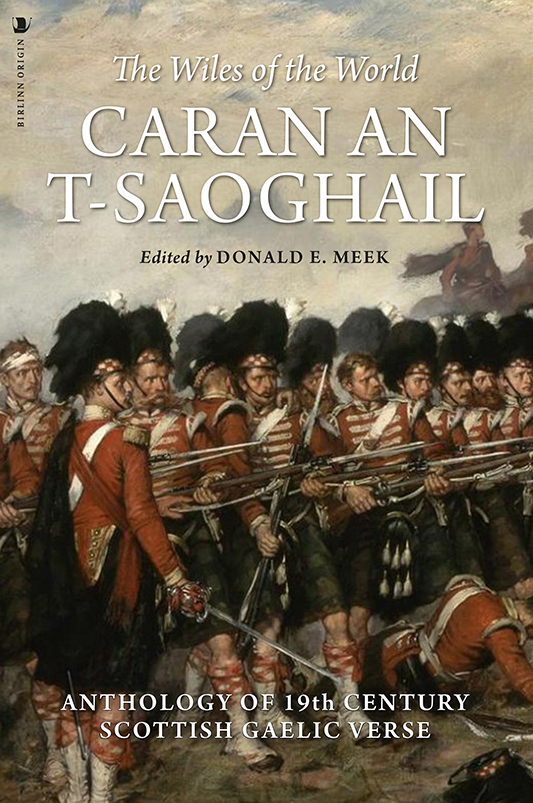