Clothing For The Soul Divine

Clothing For The Soul Divine

7 in stock (can be backordered)

Whithorn, known as Scotland’s Cradle of Christianity, is unique as a centre of worship, administration, and ultimately pilgrimage, dating back to the 5th century. The work carried out at Whithorn Priory by Roy Ritchie in the late 1950s and 1960s is the only modern excavation campaign to focus on the high status burials near the high altar of a major Scottish medieval church. Remains of earlier graves, as well as structures now recognised as parts of the extended medieval cathedral church, were uncovered. Among the uppermost level of graves are those that belong to a number of Whithorn’s bishops, some of whom are tentatively named. This volume details the results of historical and scientific analysis of the remains of the bishops – who they were and where they came from, together with the circumstances of their deaths and burial. Many of these graves were richly furnished – including altar plate and the famous Whithorn crozier – and the full assemblage of artefacts from the excavation is published here for the first time. This publication also resolves, once and for all, the nature and date of the earliest graves that were identified at the base of the trench. The story of one of Scotland’s most important ‘lost excavations’ can now be told. 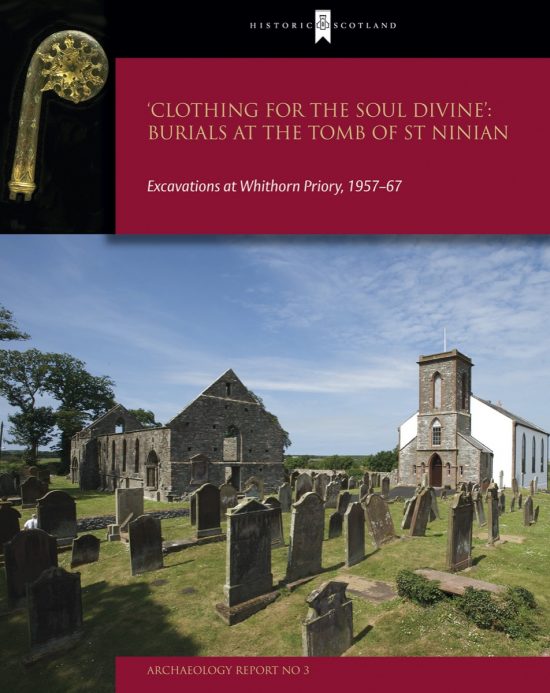