A fascinating portrait of one of the most significant monuments of British civil engineering.

Known as ‘Britain’s most beautiful shortcut’, the Crinal Canal runs from Ardrishaig on Loch Fyne nine miles across the Kintyre peninsula to the west coast of Scotland. Designed by John Rennie after initial survey work by James Watt in 1771, the canal was opened in 1801, with further improvements made by Thomas Telford in the second decade of the nineteenth century.

The canal was originally planned to save commercial ships having to make the long journey from the industrial region around Glasgow round the Mull of Kintyre to reach the west coast and Hebridean islands. By 1854, 33,000 passengers, 22,000 sheep and 2000 cattle had been transported along it. These days the canal is a popular route for leisure craft.

In the book Marian Pallister tells the story of the canal from its origins to the present day, discussing how it was built, who built it, how it changed life in the surrounding areas, and how it has been used.

Marian Pallister has worked as a feature writer and commentator covering social issues in Scotland and round the world, particularly in disaster and war zones. She previously taught journalism at Napier University and is currently tutor in English subjects at Argyll College. She also founded a charity, ZamScotEd, which supports the education of vulnerable young people in Zambia. 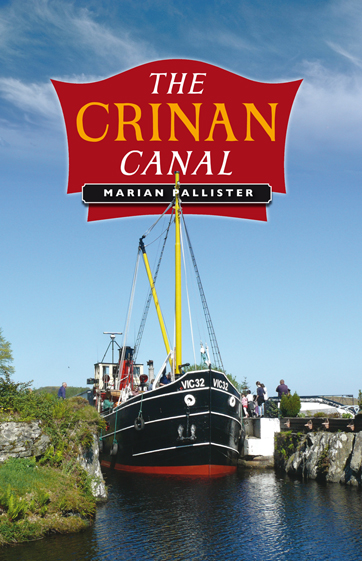