by James U Thomson

Edinburgh Curiosities will answer many of the questions you might have asked yourselves about Scotlands beloved capital.

Register or login to add to cart.
SKU: 9781912476060 Categories: Birlinn/Polygon, Edinburgh and Lothians

When did thousands of people last crowd into Edinburgh’s High Street to witness an execution? Three brass bricks on the pavement mark the spot, but how many people notice them or know what they mean? As a fire engine roars along the road sirens blaring and lights flashing, what has that got to do with a fire of 1824? Why was Leith in mourning one bleak day in 1915 and where can you find a monument which commemorates the tragic event?

The answers are all in an expanded and revised edition of Edinburgh Curiosities: A Capital Cornucopia, and combines both volumes. Thomson and Coghill have trawled through the city’s characters to bring together a collection of the men and women who scandalised and inspired the city over the years. But in addition to the notorious, like the Porteous Riot, Deacon William Brodie – the inspiration for Robert Louis Stevenson’s Jekyll and Hyde – or Madeleine Smith, they look at other lesser known, but nevertheless fascinating, people and events. Stories you’ve maybe heard something about but don’t know the detail. They also float intriguing speculation like the possibility of members of Ned Kelly’s gang carrying out armed robberies in Leith after the bushranger was hanged in Australia. The result is a fascinating dip into Edinburgh’s rich and varied past, which will appeal to natives and visitors alike.

James Thomson spent a lifetime delving into the strange and curious ongoings which add flesh to the bare bones of the city’s story.

Hamish Coghill is Edinburgh born and bred, spending more than 40 years as a journalist on the city’s evening newspaper. He has written extensively about his city, and also lectures regularly on its history and development. A member of the Old Edinburgh Club, Honorary President of the Currie and District Local History Society and an avid recorder of the changing local scene in photographs for his personal interest, he is very much an Edinburgh bairn. 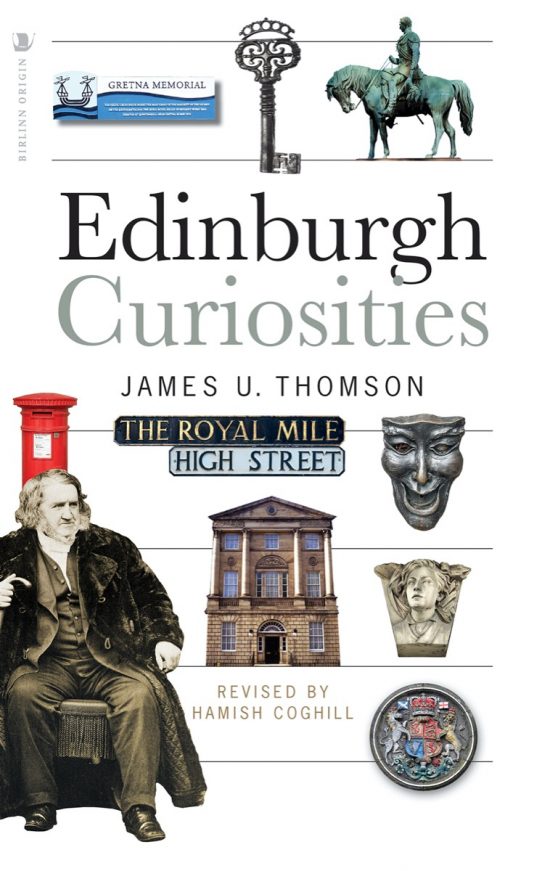