A unique selection of photographs from the world-famous archive at Canna House, many of which are published for the first time in book form

‘Provides a new and vibrant addition to Margaret Faye Shaw’s work. She was a woman of so many talents that it is hard to do justice to such a range. This collection is a fine contribution to celebrating her rich life’ – Oban Times

‘A magnificent collection; South Uist is the soul of a remarkable anthology’ – West Highland Free Press

‘The expression “treasure trove” tends to be overused in relation to such projects, but in this case it is entirely justified’ – Roger Cox, Scotsman

‘A magical, inspirational book. Beautifully presented in a style reminiscent of a on old family photograph album’ – Undiscovered Scotland

Margaret Fay Shaw took her first photographs of the Hebrides in 1924 whilst travelling through the islands by bicycle. It was her photography which first brought her to the attention of folklorist John Lorne Campbell, and after their marriage in 1935 they began their unique career together, creating the world’s finest treasury of Hebridean song, story, image and folklore.

Her collection of some 9,000 photographs and film were taken mainly on the Hebridean islands of Uist, Barra, Mingulay, Eriskay, Canna and the Irish Aran Islands, and form a key part of the magnificent Campbell collections at Canna House, where she and John made their home for 60 years. In 1981 they gifted the island of Canna and its collections to the National Trust for Scotland, who now curate the material for future generations to enjoy.

This book features over 100 of the best of Margaret Fay Shaw’s Hebridean photographs, with extended captions by Fiona J. Mackenzie and an introductory essay by the collection’s former archivist, Magdalena Sagarzazu.

Margaret Fay Shaw was born in Pennsylvania in 1903. Her first trip to Scotland, in 1921, kindled in her a life-long interest in the Gaelic world. She died in 2004.

Fiona J. Mackenzie, an award-winning Gaelic singer and performing artist, is the archivist for the National Trust for Scotland in Canna House. 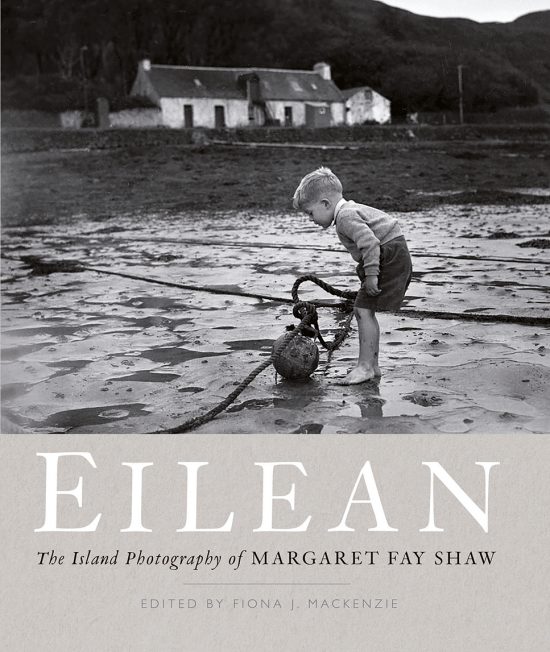