The Future of Soul

Harlem, 1969, and the vibrant community around 125th Street is rife with creative innovation. Troubled genius Donny Hathaway, bandleader King Curtis, and Miles Davis and his visionary wife Betty Mabry are reinventing black music. Jimi Hendrix is staging a benefit concert in support of the Biafran famine victims, and helping him behind the scenes is flamboyant indie label owner and heroin kingpin, Fat Jack Taylor. The Apollo Theater is bringing the best of soul music to the crowded streets, and at the height of a blistering summer Harlem plays host to Black Woodstock, a series of free concerts starring Sly and the Family Stone, Stevie Wonder and Nina Simone.

Meanwhile, a city-wide raid has led to the arrest of twenty-one members of the Black Panther Party – and ultimately to one of the most controversial trials of the era – and a heroin epidemic is spiralling out of control. Young people are dying on the streets of Harlem faster than the body count in Vietnam.

Harlem 69 has all the trademarks of its predecessors – deep research, compelling storytelling and a keen awareness of social change – and maps out how Harlem became the genesis of future musical forms including jazz-funk, psychedelic soul, disco, boogie, rap and hip-hop amidst intense social change.

Stuart Cosgrove’s critically acclaimed trilogy began with Detroit 67 and was followed by Memphis 68, which won the Penderyn Prize for Music Book of the Year in 2018. Harlem 69 brings his epic story of sixties soul to its triumphant conclusion.

Stuart Cosgrove originally from Perth, was a fanzine writer on the northern soul scene before joining the black music paper Echoes, as a staff writer. He became media editor with the NME and a feature writer for a range of newspapers and magazines. In 2005 he was named Broadcaster of the Year in the Glenfiddich Spirit of Scotland Awards and in 2012 he won numerous awards including a BAFTA and Royal Television Society award for Channel 4’s coverage of the London Paralympics 2012. He is also the author of Young Soul Rebels (Polygon, 2016). 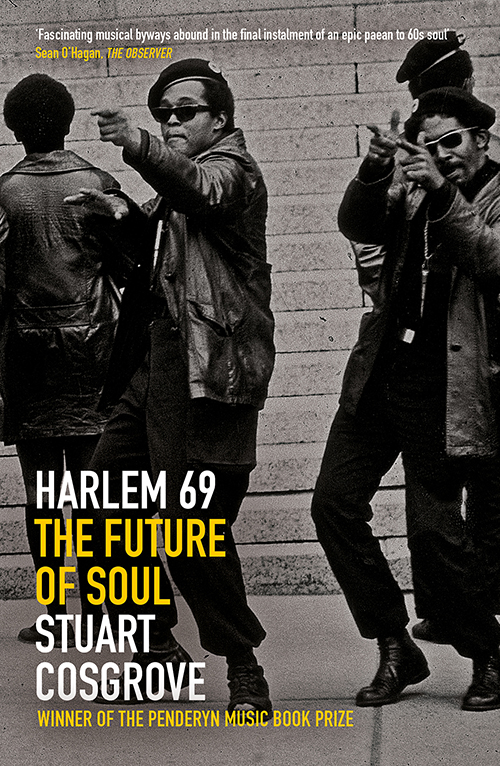