Healing Threads is a unique introduction to the healing properties of nature that has fascinated generation after generation.

The Gaelic pharmacy was rich, the sources of which lay almost entirely in nature and were subject to the minimum of preparation. Much of the rich store of material comes from the great legacy of medieval Gaelic manuscripts. In more recent times, papers of medical societies have shown how traditional methods and cures are still of value to modern medicine.

In addition to a general historical background, which traces the story of Highland folk tradition from earliest times, Mary Beith describes a whole variety of traditional remedies, cures and practices, from the healing properties of stone and metal, animals and insects, to rituals, charms and incantations. Her book also includes a list of the most commonly used herbs.

Clearly written with extensive source notes, Healing Threads is a unique introduction to a subject that has fascinated generation after generation.

Mary Beith was a writer, lecturer and journalist. Born in London in 1938 she worked as a teacher before taking a course in journalism. Whilst working as an investigative journalist for The People in 1975 she went undercover in an animal testing lab, producing the now iconic image of beagles being forced to inhale cigarette smoke. Following a move to Scotland she worked as a freelance journalist with a particular interest in traditional medicines. Mary died in May 2012. 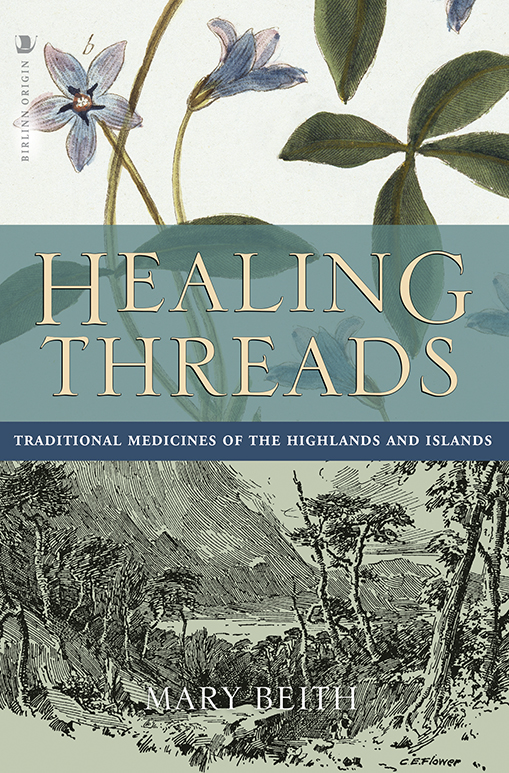