The classic three volumes of Hebridean Folksongs, reissued simultaneously for the first time since their original publication (1969, 1977, 1981), contain 135 songs connected with the waulking of homespun tweed cloth in the Hebridean isles. Volume 1 is based on waulking songs collected by Donald MacCormick in South Uist in 1893. Volumes 2 and 3 are based on John Lorne Campbell’s recordings of songs made between 1938 and 1965 in Barra, South Uist, Eriskay and Benbecula. The translations for all the songs in Volumes 2 and 3 and many of those in Volume 1 are by John Lorne Campbell, who also wrote detailed notes discussing the songs. Multiple versions of the same song are compared with each other and with versions drawn from unpublished manuscript sources. Francis Collinson’s meticulous musical transcriptions of the songs, and musicological analyses, are invaluable. The songs are from the repertoires of some well-known singers of their generation, including Miss Annie Johnson, her brother Calum and Miss Mary Morrison, all of Barra, Mrs Neil Campbell of South Uist, and Miss Nan MacKinnon of Vatersay.

John Lorne Campbell FRSE LLD OBE (1906–1996) was a Scottish historian, farmer, environmentalist and folklore scholar. He recorded a disappearing Gaelic heritage, and wrote and published extensively about Gaelic and Highland culture and life. 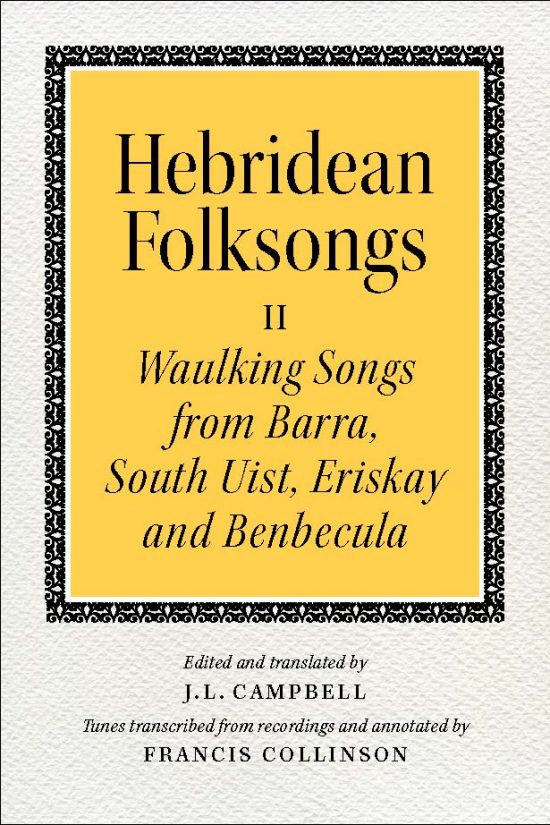