The Highland Clearances stands out as one of the most emotive chapters in the history of Scotland. This book traces the origins of the Clearances from the eighteenth century to their culmination in the crofting legislation of the 1880s. In considering both the terrible suffering of the Highland people as well as the stark choices that faced landowners during a period of rapid economic change, it shows how the Clearances were one of many ‘attempted’ solutions to the problem of how to maintain a population on marginal and infertile land, and were, in fact, part of a wider European movement of rural depopulation. In drawing attention away from the mythology to the hard facts of what actually happened, The Highland Clearances offers a balanced analysis of events which created a terrible scar on the Highland and Gaelic imagination.

Eric Richards is Emeritus Professor of History at Flinders University, Australia and previously taught at Stirling University, Scotland. His published work includes an acclaimed biography of Patrick Sellar, which was awarded the prize for Scottish History Book of the Year (1999) by the Saltire Society. 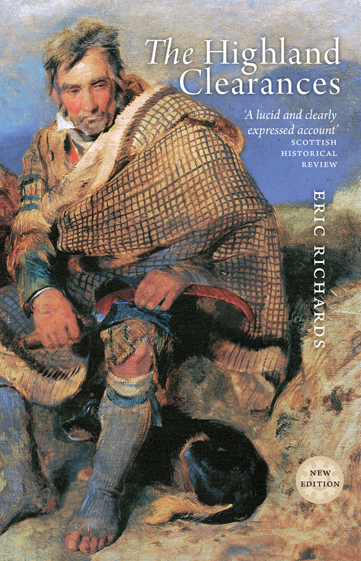