In this new study, the author explores the most enigmatic of the Stewart kings of Scotland.

21 in stock (can be backordered)

James III is the most enigmatic of the Stewart kings of Scotland. Variously characterised as artistic, peace-loving, morbidly suspicious, treacherous, pious, lecherous and lazy, King James was much criticised by contemporaries and later chroniclers for his failure to do his job in the manner expected of him, and particularly for his reliance on low-born favourites to the exclusion of his ‘natural’ counsellors, the nobility. Specific complaints included debasement of the coinage, royal hoarding of money, failure to staunch feuds and to enforce criminal justice. Yet James III has also been seen as a major patron of the arts, as Scotland’s first Renaissance king, and as the architect of an intelligent and forward-looking foreign policy.

In this new study, the author explores all these areas and seeks to explain why King James was challenged by a huge rebellion in 1482, which he narrowly survived, and why he succumbed to a further rising in 1488, which placed his eldest son on the throne as James IV.

Norman Macdougall was a senior lecturer at the Department of  Scottish History at the University of St Andrews and is now retired. He is author of James IV (1989) and An Antidote to the English: The Auld Alliance (2001). 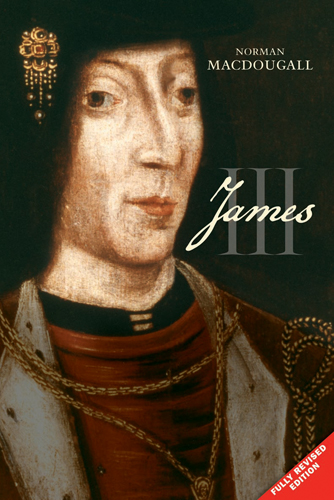