‘Buchan knew that you can’t buck the consequences of your actions, and that your life is what you make of it. Perhaps his peculiarly Scottish combination of Romanticism and Calvinism – daring living and high thinking – is due to return to fashion.’ – The Independent Magazine

In 1925, John Buchan published his second most famous novel, John MacNab; three high-flying men – a barrister, a cabinet minister and a banker – are suffering from boredom. They concoct a plan to cure it. They inform three Scottish estates that they will poach from each two stags and a salmon in a given time. They sign collectively as ‘John McNab’ and await the responses. This novel is a light interlude within the Leithen Stories series – an evocative look at the hunting, shooting and fishing lifestyle in Highland Scotland.

Andrew Greig is a prize-winning writer and poet whose novel The Return of John MacNab (Faber 2002) is being filmed for the BBC. 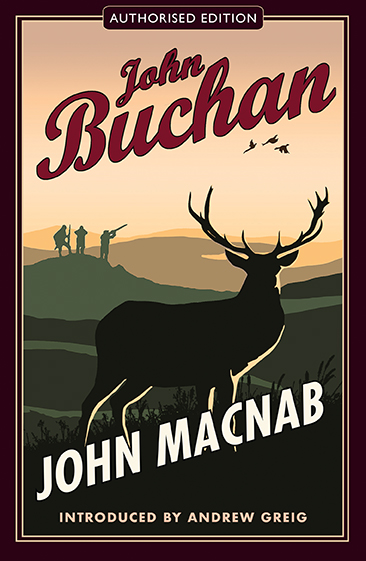