Mull and Iona: A Historical Guide

Mull and Iona: A Historical Guide

An up-to-date, authoritative and accessible introduction to the built heritage of one of Scotland’s top tourist destinations, including a gazetteer of sites of interest as well as maps and ground plans

Mull and Iona are two of the most visited islands in Scotland, and have played a central role in the history of the country. As the cradle of Christianity in Scotland, Iona has been a place of pilgrimage for almost 1,500 years and was a beacon of intellectual light during the Dark Ages, when magnificent works such as the Book of Kells were crafted by the monks of the abbey founded by St Columba.

This book provides a full and engaging history of the islands from the time of their earliest human inhabitants to the present day. The gazetteer lists all the places of interest from all periods in the islands’ history, from the world-wide renowned churches, crosses and grave slabs on Iona and the magnificent restored Duart Castle on Mull, seat of the clan Maclean, to the planned village of Dervaig, the townships in the Ross of Mull and Ardmeanach which were cleared during the nineteenth century and the mausoleum of Lachlan MacQuarrie, the much esteemed 18th-century Governor of New South Wales.

Until his retirement, David Caldwell was Keeper of Scotland & Europe in the National Museums of Scotland. He is the author of Islay, Jura and Colonsay: A Historical Guide (2001) and Islay: The Land of the Lordship (2008). 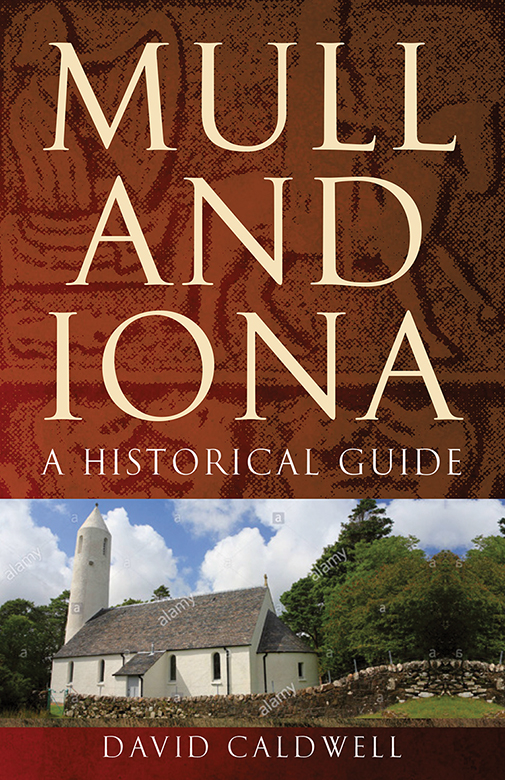