The New History of Orkney

The New History of Orkney

‘Scholarly but well-written, hugely informative but lightened by flashes of humour and always illuminated by robust good sense’ – Shetland Times

For much of its history, Orkney had its own language, culture and institutions. The prehistoric inhabitants created monuments which are unmatched anywhere in Europe, and the medieval period saw the magnificent earldom that expressed itself through the Orkneyinga Saga and the building of St Magnus Cathedral in Kirkwall. Like Shetland, Orkney was heavily influenced by Viking traders and raiders from Scandinavia, and for a long period it formed an outlying part of the kingdom of Norway.

Over 500 years ago, however, the islands lost their Scandinavian links and since then have had a sometimes difficult association with mainland Scotland. More recent times have seen the use of Orkney as a strategic stronghold during two world wars, and the far-reaching impact of oil and gas exploitation in the North Sea. This classic book covers the whole fascinating story and will be of interest to readers far beyond the rocky shores of Orkney itself.

William P. L. Thomson was the author of a number of books on Scottish history. He was Rector of Kirkwall Grammar School, in Orkney, from 1971 to 1991, previously having been Principal Teacher of History and Geography at the Anderson High School, Shetland. He died in 2016. 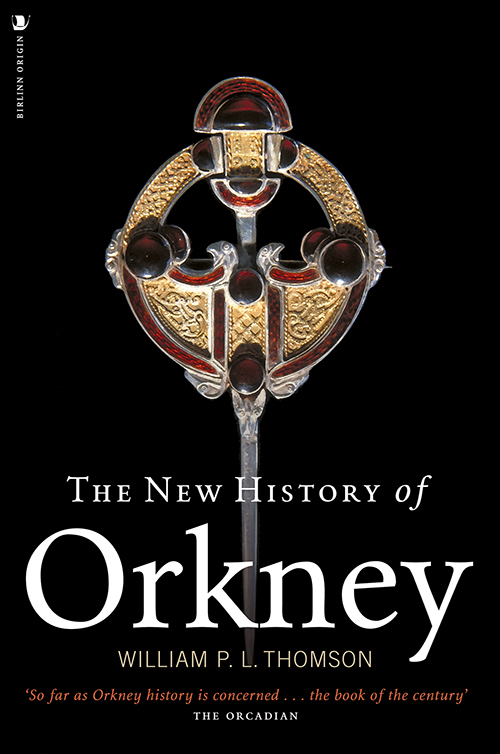