A stranger, upon landing at Lochmaddy – the principal harbour of North Uist – is apt to receive an unfavourable impression from the vast expanse of bogs occupying its east side, which is also absolutely treeless and relieved only by a few hills of no great elevation and by the tortuous recesses of salt water lochs penetrating its seaboard.

Thus Erskine Beveridge opens his classic account of the archaeology and topography of North Uist, the island where he spent much of his life. Published in a limited edition in 1911 the book fetched extraordinary prices in the antiquarian market. The book was reprinted as a limited edition in 1999 by Birlinn and these are the last few copies of this reprint. The range and quality of Beveridge’s work was not surpassed until the most recent series of Royal Commission inventories of the 1970s and 1980s and it is all the more extraordinary that this level of expertise and range of knowledge should be combined in one individual. Adding to the fascination of the book are more than 150 plates showing the island and its sites in a condition from which many have greatly changed. With sections from earliest times to the post Reformation times, sections on clan history, climate, topography, place names and much else besides, this is not simply the most important book ever written on North Uist but one of the finest works of scholarship ever produced on a Hebridean island.

The Beveridge family were well known both in the Western Isles and in Dunfermline from where they originated. Erskine Beveridge wrote a number of works which were privately printed. Birlinn also have republished the equally rare Coll and Tiree. 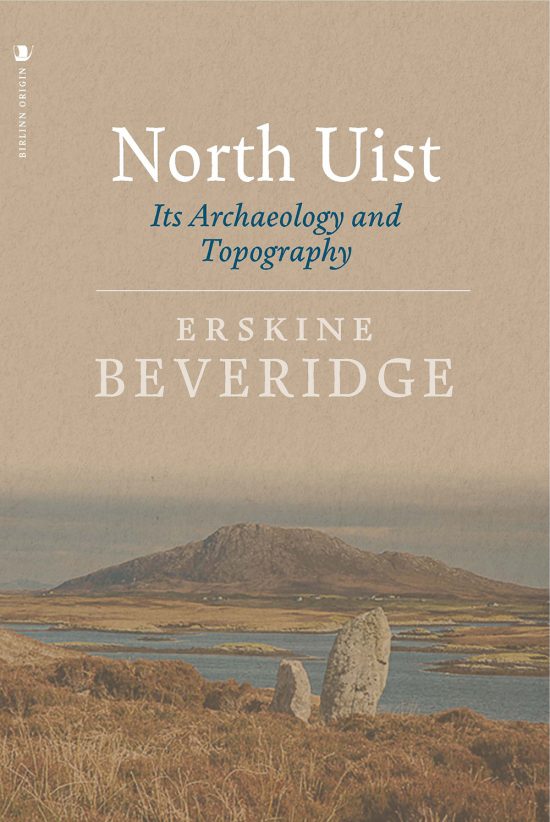