A compilation of lore, legend, tradition and incident from the Isle of Skye.

In this book he records a world of local legend, folklore and superstition, and charts the changes he saw in his lifetime in agriculture, education, the Church and, of course, emigration. He recounts the history of the leading families of Skye and also the lives and experiences of the crofters, for whose rights he actively campaigned in the 1880s.

Old Skye Tales is a unique and valuable record, written by a man of intelligence and sensitivity, whose life spanned both the traditional and the modern world. As well as containing a large amount of information of the geography of the island (particularly the north), there are also important sections on crofting, the Church, as well as local superstitions, sayings, second sight and even local characters of his time.

An entertaining and witty book, Old Skye Tales is a marvellous resource for the historian, as well as a fascinating compendium for all those who love one of Scotland’s most famous islands. It is one of the most important sources for the history of the island.

William Mackenzie was born in 1851 in Melness, Sutherland though moved to Skye at an early age. He began teaching in Uig and in 1879 was appointed headmaster of Valtos in Staffin. He became active in the crofter agitation of the 1880s and was one of the crofters’ representatives at the Napier Commission of 1884. He retired in 1915 and began to write his reminiscences, which were published in two books in 1930 and 1934. The present volume is an edited compilation of these two works. 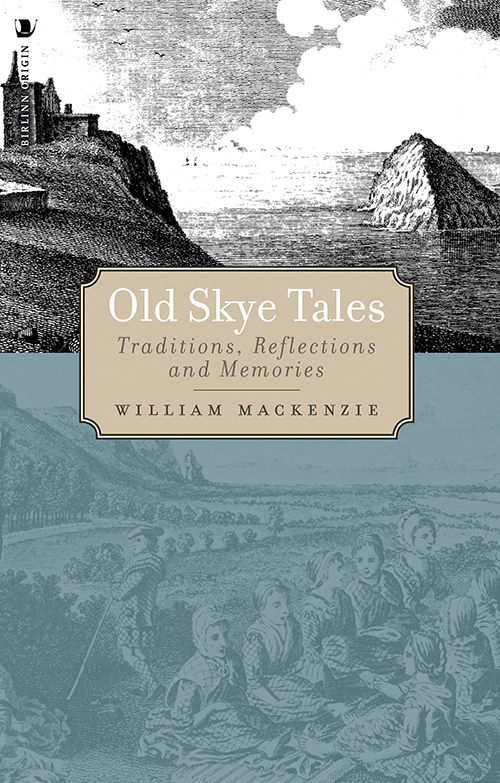