The latest in the acclaimed series on Scotland’s geology and landscapes which explains how Scotland’s scenery was made, why it looks the way it does today and how it has changed over millions of years

The archipelagos of Orkney and Shetland are the products of some of the most dramatic events which have occurred in the Earth’s history.

The Shetlands are the eroded roots of a vast mountain range that once soared to Himalayan heights and extended from Scandinavia to the Appalachians. Around 65 million years ago, this mighty chain was split asunder by the shifting of the Earth’s tectonic plates, and the North Atlantic Ocean was formed. In earlier times, the area was occupied by a huge freshwater lake – Lake Orcadie – which existed for almost 10 million years and was home to a wide range of primitive species of fish. Later, during the last Ice Age, the area was completely submerged beneath ice sheets which left an indelible mark on the landscapes of both island groups.

This book tells the incredible geological story of the most northerly outposts of the British Isles.

Alan McKirdy has helped to promote the study of environmental geology in Scotland. Before his retirement he was Head of Knowledge and Information Management at Scottish Natural Heritage. He is now a freelance writer and regularly gives talks at book festivals and other events. He is the author of Set in Stone (Birlinn, 2015). 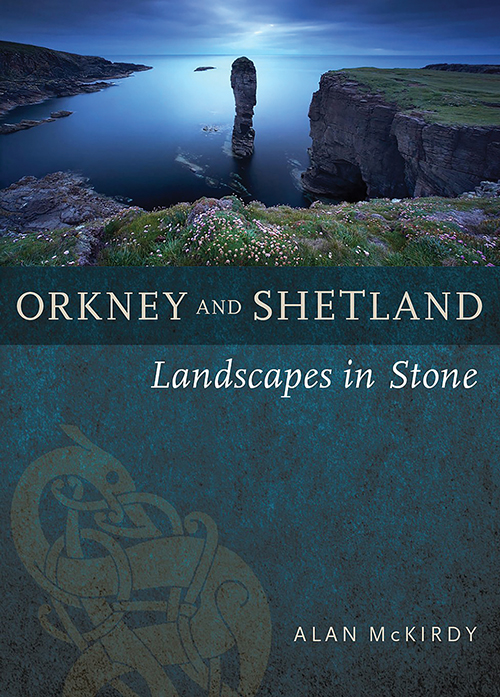