Scotland: A History From Earliest Times

Scotland: A History From Earliest Times

‘[T]his is a very readable, well-researched and fluent account’ – Scotland on Sunday

‘The great thing about Moffat’s account is that, for all its emphasis on uncertainty, it rattles along with complete narrative certainty, to the extent that great events consistently take even a historically literate reader unawares’ – Scottish Review of Books

‘For Alistair Moffat, history is rooted in the personal. Now… he has produced what is undoubtedly his most ambitious work. Scotland: A History From Earliest Times encompasses 500 million years, from when the tectonic plates were shifting to form the land mass we recognize today to the referendum and its aftermath’ – Alan Taylor, The Herald

From the Ice Age to the recent Scottish Referendum, historian and author Alistair Moffat explores the history of the Scottish nation. As well as focusing on key moments in the nation’s history such as the Battle of Bannockburn and the Jacobite Risings, Moffat also features other episodes in history that are perhaps less well documented. From prehistoric timber halls to inventions and literature, Moffat’s tale explores the drama of battle, change, loss and invention interspersed with the lives of ordinary Scottish folk, the men and women who defined a nation. 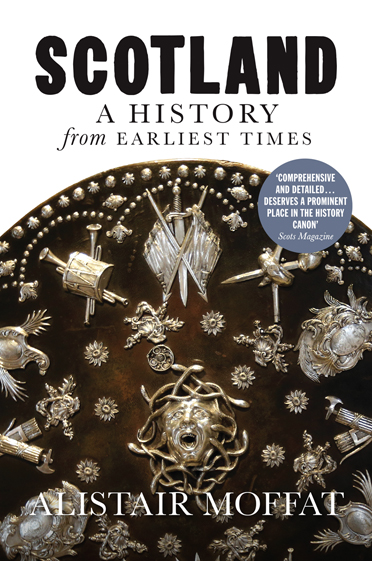