A magnificent full-colour collection of military maps of Scotland, spanning a period of 500 years, and covering all parts of the country

‘The maps make this book what it is. They are placed front and centre and the authors provide a wealth of detail as to what was included and why. The quality and range of images used mean it is a must-own for map-enthusiasts [and] those with a more casual interest in Scotland’s military past’ – History Scotland

‘This very well-crafted book embodies a paradox. The gruesome purpose of maps produced for the waging of war has resulted in a sumptuous-looking book’ –GeoLounge.com

‘Full of unexpected historical insights, gloriously illustrated. This is a book to be savoured’ – Shetland Times

‘A beautiful and almost compulsively readable book. It tells the story of how Britain’s defences were represented, as often with demonstrative pride as with secrecy, from the time of the Rough Wooing in 1543 to the Cold War’ – Herald

‘Charts the fascinating story of our nation’s conflicts, a significant contribution to the work of this country’s historians’ – The National

Scotland has had a uniquely important military history over the last five centuries. Conflict with England in the 16th century, Jacobite rebellions in the 18th century, 20th-century defences and the two world wars, as well as the Cold War, all resulted in significant cartographic activity.

In this book two map experts explore the extraordinarily rich legacy of Scottish military mapping, including fortification plans, reconnaissance mapping, battle plans, plans of military roads and routeways, tactical maps, plans of mines, enemy maps showing targets, as well as plans showing the construction of defences. In addition to plans, elevations and views, they also discuss unrealised proposals and projected schemes. Most of the maps – some of them reproduced in book form for the first time – are visually striking and attractive, and all have been selected for the particular stories they tell about both attacking and defending the country.

For more information about Scotland: Defending the Nation, please follow this link: https://geo.nls.uk/maps/defending/

Carolyn Anderson completed a PhD on the Board of Ordnance military mapping of Scotland in 2010. Prior to this she was a cartographic editor at Oxford University Press. She continues to work in educational publishing and academic research. 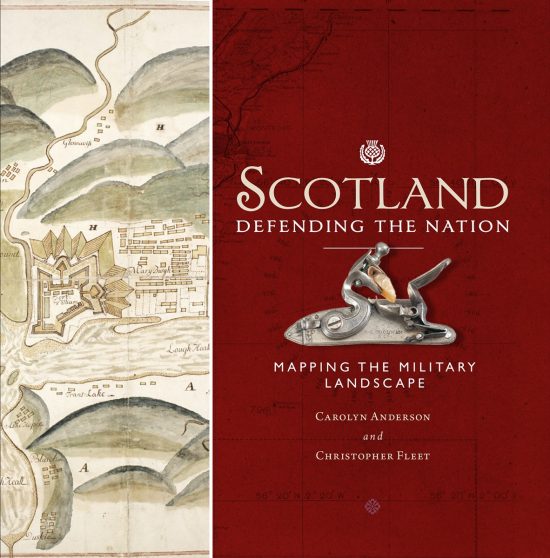