A Medieval Legend and Its Dark Age Origins

A book that challenges the popular beliefs surrounding the enigmatic figure of Merlin in the Dark Ages.

‘I’d recommend this book to everybody interested in Merlin, British mythology, and the history of southern Scotland and the Old North. As somebody based in Lancashire it’s encouraging and inspiring to see the forgotten Dark Age histories of the north returning to life and being reclaimed’ – Signposts in the Mist

Who was Merlin? Is the famous wizard of Arthurian legend based on a real person? In this book, Merlin’s origins are traced back to the story of Lailoken, a mysterious ‘wild man’ who is said to have lived in the Scottish Lowlands in the sixth century AD. The book considers the question of whether Lailoken belongs to myth or reality. It looks at the historical background of his story and discusses key characters such as Saint Kentigern of Glasgow and King Rhydderch of Dumbarton, as well as important events such as the Battle of Arfderydd. Lailoken’s reappearance in medieval Welsh literature as the fabled prophet Myrddin is also examined. Myrddin himself was eventually transformed into Merlin the wizard, King Arthur’s friend and mentor.

This is the Merlin we recognise today, not only in art and literature but also on screen. His earlier forms are less familiar, more remote, but can still be found among the lore and legend of the Dark Ages. Behind them we catch fleeting glimpses of an original figure who perhaps really did exist: a solitary fugitive, tormented by his experience of war, who roamed the hills and forests of southern Scotland long ago.

Tim Clarkson worked in academic librarianship before setting up a business with his wife. He gained an MPhil in archaeology and a PhD in medieval history from the University of Manchester and has written a number of acclaimed history books. He is author of The Men of the North (2010), The Picts (2010), Columba (2012), The Makers of Scotland (2013), Strathclyde and the Anglo-Saxons (2014) and Scotland’s Merlin (2016). 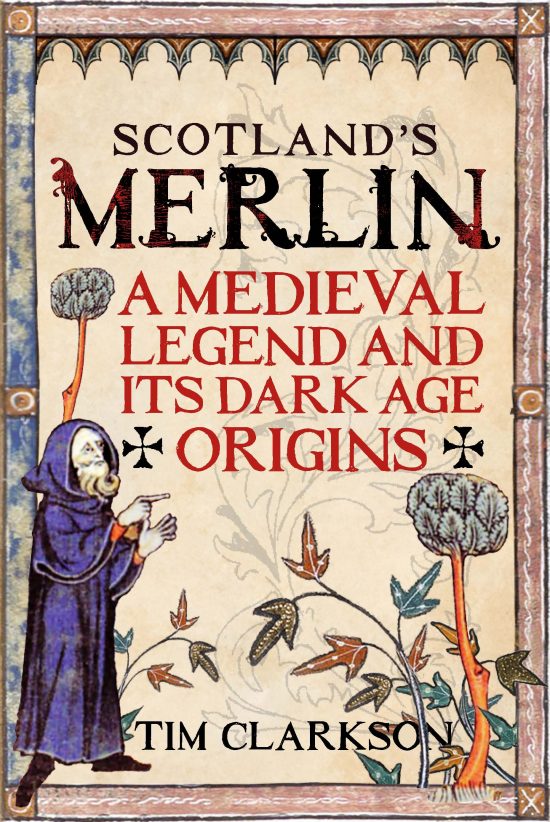